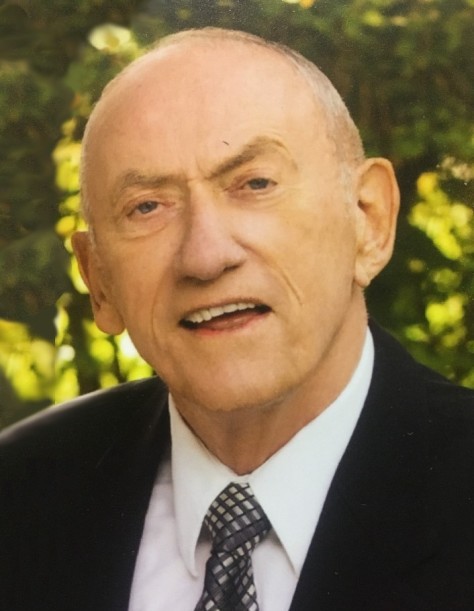 Tagg Bernhard Hundrup passed away October 16, 2018, in his home with his wife and daughter by his side.

Tagg was a devoted husband, father, grandfather, son, patriot, and man of faith. To his very end on Earth, he remained true to the promises he made to those he loved, to his country, and to his God.

Tagg lived deeply devoted to his family: his wife Maria Konnerup Kristensen, his daughter Helen Redd, his son-in-law Alan Redd, and his grandchildren Haven Redd, Peter and Susie (Keenan) Redd, and Katrina Redd. He loved, sacrificed, and provided all in his power for his family.

Born on January 12, 1935, in Aalborg, Denmark to Bodil Helene Sorensen and Fritz Herman Hundrup, Tagg immigrated with his family to the United States of America at the age of thirteen and lived most of his life in Holladay, Utah. He graduated from Granite High School in 1953. On October 23, 1958, he married his love, Maria, in the Salt Lake Temple.

Tagg served many missions for The Church of Jesus Christ of Latter-Day Saints. First he served as a young missionary in the Danish Mission from 1955 to 1958. Then, in 1978, he was called with his wife and daughter to open the country of India for modern-day missionary work. From 1996 to 1999, he presided as mission president over the Greece Athens Mission. He also served at the Genealogical Library and as an inner-city missionary. Tagg was always committed to serve when called.

Tagg earned four degrees from the University of Utah, including, a BA, MA, MBA, and PhD in areas of study related to business and education. He was a junior high school teacher, assistant principal, and finished his career as an education specialist at the Utah State Office of Education.

His true professional calling, passion, and loyalty was in his service to his country. Tagg enlisted in the United States Army when he turned 18 and retired a full Colonel at age 60. He distinguished himself in his work as a military intelligence officer, accepting important field assignments and receiving numerous honors. Tagg was a graduate of the United States Army War College and served as the Utah representative to the United States Military Academy at West Point.

A generous and gentle man who was a brave and fierce warrior, Tagg fought for what is good and right. He expressed his undying loyalty to the United States of America through devoted service and valor. Most importantly, Tagg served his family with even more love, loyalty, and strength, truly bringing honor to his name as he sought to honor those whom he loved.

For those who wish to celebrate the amazing life that Tagg Hundrup lived, a funeral service will be held on Saturday, October 20, 2018 at the Holladay 27th Ward (5450 South Holladay Boulevard, Holladay, Utah), beginning at Noon. Friends and family are invited to meet with Tagg’s family immediately after the funeral at the same location. Interment to follow at Holladay Memorial Park Cemetery, Holladay, Utah.

To order memorial trees or send flowers to the family in memory of Tagg Hundrup, please visit our flower store.