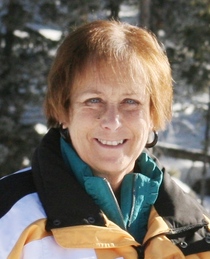 Susan (Sue) was a free spirit of sorts.  She was decidedly independent, curious, inquisitive, creative, spontaneous, adventuresome and full of fascination for all that life presented.  She was incredibly generous, sensitive, caring, empathetic to others and was always present in the lives of her children and grandchildren.

Sue served in many callings in the Church of Jesus Christ of Latter Day Saints.  Of all her callings, she cherished most her service as an ordinance worker in the Jordan River Temple, where she served for several years.

Sue worked for the LDS Church Educational System for many years as an Administrative Assistant.   She also dedicated much of her time to volunteer work including with the 2002 Winter Olympics, South Jordan Lions Club and visiting numerous friends and neighbors with varying needs and concerns.

Sue maintained an evolving bucket list.  She was able to cross off many items including taking her family to Disneyworld with matching t-shirts (sort of), riding in a helicopter and hot air balloon, winning Best of Show in the State Fair for scrapbooking, entering a quilt in the Festival of Trees, being interviewed on radio and TV, buying a truck and getting a butterfly tattoo.

She loved anything chocolate and always had chocolate kisses, some hidden for herself and much more for the grandkids.  She loved to travel whenever she was able.  She loved the outdoors and enjoyed camping with family and friends.

She was incredibly empathetic and sensitive to the feelings and needs of others.  A nephew aptly described her as “strong hearted, in a gentle way”.  A defining characteristic was her apparent closeness to things of the spirit.  Family history, with all its meaning and work, was central in her life.

As our mom, she was always supportive of everything we did, even when she didn’t agree.  Independence and individuality was always important to her and she encouraged us, her daughters, to fearlessly be ourselves.  She was an amazing example of unconditional love and always brought the light of the gospel into our home.  Her spirit will live in our hearts forever.

She was Richard’s devoted soul mate, partner and friend throughout a life of tender moments, high adventure, as well as difficult trials.  She will be greatly missed, though the blessings of eternal companionship await on the horizon.

To order memorial trees or send flowers to the family in memory of Susan Seguin, please visit our flower store.