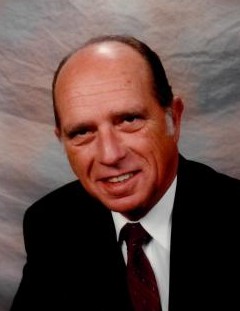 CMSGT Roy G. LeNeave, beloved husband, father, grandfather, brother, uncle, and friend passed away at the age of 79 in Salt Lake City, Utah.  Born on December 4, 1939 in Selma, North Carolina to Thomas and Fannie LeNeave.  He graduated from Golden Gate University with a Masters Degree in Business.  His career started May 23, 1957 when he enlisted in the USAF.  After 16 years of service he achieved the honor and rank of Chief Master Sergeant.  During his 22 years of service he served on four overseas assignments, seven stateside bases, two major command assignments (AAC and TAC), and two extended assignments with Headquarters USAF.  His ribbons, badges, and medals include six personal decorations, four Air Force Commendation Medals, and two Meritorious Service Medals.  After retiring from the military, he started his second career at Sacramento Metropolitan Utility District (SMUD) where he was a project manager for 18 years.  His most noted projects involving Rancho Seco and Y2K preparedness.

He married the love of his life, Marilyn G Baker on October 20, 1972 in Fort Walton Beach, Florida.  She passed away on November 29, 2009.  They resided in El Dorado Hills, CA for over 30 years.  He enjoyed membership in the Folsom Lyons and the Folsom VFW.  He was also a 50-year member of the Masonic temple achieving the rank of a 32nd Degree Mason and Shriner of the Ben Ali Temple in Sacramento, CA.  Most recently a resident of Salt Lake City and a member of Southeast Baptist Church.

Dad was a self-made man. Born a sharecropper’s son he knew he could create a different life for himself and he did.  He was driven to succeed and at the same time he was a neighbor’s neighbor.  The first to show up to help and the last to leave.  He wanted the best for his children and saw to it they had it.  He was not an easy man to live with, but he made us better for the experience.  He loved this country and said he always felt like “a family member” and contributor of the greatest military force known to mankind.  He was extremely grateful for that opportunity to serve and died grateful for those who serve today.  He fought for freedom in uniform, applauded those willing to take up arms in defense of freedom and now he’s truly free.  Thank you Dad, your contribution will continue long past your days on this earth.

To order memorial trees or send flowers to the family in memory of Roy LeNeave, please visit our flower store.