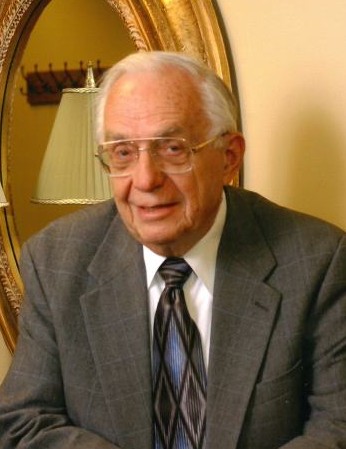 Beloved (Papa) Ronald Dean Wightman passed away peacefully October 23, 2017 Salt Lake City, Utah at the age of 86. Born April 14, 1931 in Payson Utah; first born son of Ralph D. and Mary A. Wightman. In 1943 the family moved to Fresno California. Her received his Eagle Scout award while recuperating from a severe car accident that left in in traction for over 6 months. He attended Fresno State Community College, Brigham Young University and University of Utah. Served a full-time mission for the Church of Jesus Christ of Latter-Day Saints in the East German Mission 1951 – 1953. During this time, he met a young convert Ilse Schumann. After returning home from his mission and attending BYU Ron became reacquainted with Ilse who had since immigrated to the United States and was living in the Beehive House ins Salt Lake City Utah. After a 6 month courtship they were sealed for Time and All Eternity in the Salt Lake Temple December 9, 1954. A lifelong member of the church and held many leadership positions including serving as a stake missionary for over 20 years.

Ron was avid in his efforts in genealogy and spent many hours researching family lines and teaching others. President and founder of A-1 Agencies which later became Wightman Financial Services. Ron loved to travel the world with his sweetheart Ilse and took all of their children to Germany during their teenage years. Family was Ron’s most cherished accomplishment in his life. He loved to gather with his children and grandchildren and socialize in the backyard. Ron is survived by his wife of almost 63 years Ilse , children: Ronald – Venice Beach CA, IseRae – Salt Lake City UT, Richard (Trudi) – Gilbert AZ and Michael (Dee) – Bristow VA, 13 grandchildren and 18 great-grandchildren Preceded in death by his parents, Ralph D. Wightman and Mary A. Wightman, a bother Dennis Wightman, a son Kevin L. Wightman and a granddaughter Ashlie Baldwin.

The Family would like to thank the staff of St. Marks Hospital and Garden Terrace Rehabilitation Center for the loving care they provide Ron the last couple of months.

To order memorial trees or send flowers to the family in memory of Ronald Wightman, please visit our flower store.