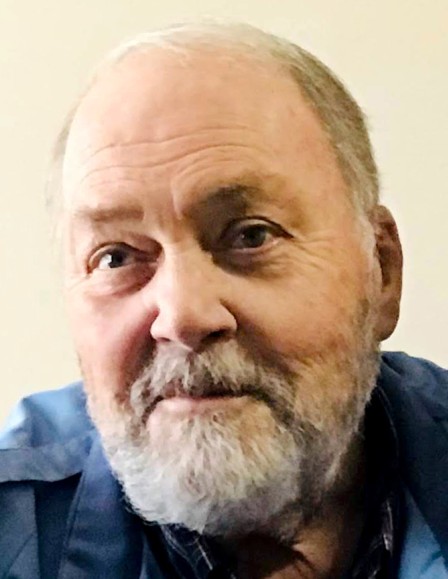 Randy Lewis Macey, beloved father, grandfather, uncle and brother, passed away on October 13, 2019 in Provo, Utah from complications of esophageal cancer. He was 70 years old. Randy was born on June 1, 1949 in Salt Lake City, Utah to Waldo Lincoln and Mary Elda Lewis Macey. He loved and revered his parents and was a very loyal son.

Randy graduated from East High School in Salt Lake City where he sang in the A ‘Capella Choir and Madrigals. He later attended the University of Utah, Dixie College, and Mueller College of Massage Therapy. He also served in the Air National Guard. Randy worked in a variety of positions with Macey’s grocery stores, worked as a licensed massage therapist and managed the Cliff Spa at Snowbird, Utah. He worked as a home healthcare specialist where he gained skills which enabled him to be a full-time caretaker for his father Walt. In his later years he loved working in the mountains as a campground host for American Land and Leisure.

Randy was a man of many talents. He was very musical and had a beautiful singing voice. He played the accordion, piano, and especially loved playing the guitar. He had a great love of the mountains, particularly the Wasatch and Uinta Mountains. He loved making memories on adventures with his family.

Randy was a member of the Church of Jesus Christ of Latter-day Saints and had a testimony of Jesus Christ and His gospel. He served a two-year mission for the church in the Northwestern States-Oregon Mission. He loved scouting and serving as a scoutmaster.

Randy married Debra Damron in the Salt Lake Temple on June 18, 1975. They later divorced in 1994. During their marriage they had eight children. Randy loved his family very much and took great joy in their accomplishments.

Randy made friends easily with people from all walks of life. He will be remembered for his kindness, unique sense of humor, and for his ability to nearly instantly recall poems, songs, and other inspirational materials to uplift others.

Randy is survived by his children Matthew (April), Anthony (Chelsey), Tiffany (Matthew) Hearty, Jeremy (Stacey), Benjamin (Olivia), Andrew (Maichael), and Bobby (Heidi). At the time of his passing he had 25 grandchildren who he loved to share treats with, particularly Ring Pops. He became known as “Papa Ring Pop” to many of them. Randy is also survived by his siblings Pamela (Barry) Gardiner, Kenneth (Robin), Martin (Kerri), and Mary (Taylor) Duncan. He is preceded in death by his parents, daughter Michelle, and grandson Ethan Hearty. He so missed his loved ones who had passed on – his reunion with them will be sweet.

A funeral service for Randy will be held at 11:00am on Saturday, October 19, 2019 at Cannon Mortuary, 2460 Bengal Blvd. (7600 S.), Salt Lake City, Utah. A viewing will be held prior to the service from 9:30am to 10:45am at the same location. Interment will be at Memorial Mountain View Cemetery, 3115 E Bengal Blvd in Salt Lake City. The family would like to thank the many people at Utah Valley Hospital in Provo Utah, Pointe Meadows Health and Rehabilitation in Lehi Utah, and Abbington Manor also in Lehi, who provided amazing care to Randy during the last year of his life. Randy’s sons would like to specially acknowledge our loving sister Tiffany for her exemplary care of our dad during his final years.

To order memorial trees or send flowers to the family in memory of Randy Macey, please visit our flower store.