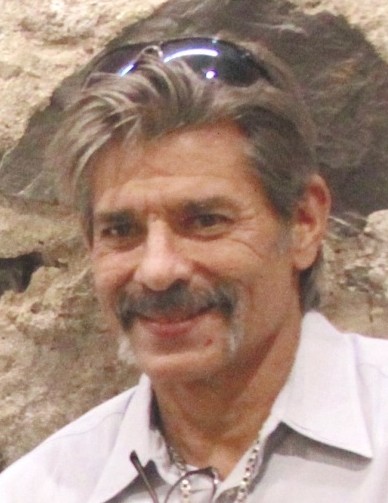 Phillip Andrew Russell passed away peacefully April 13, 2018 surrounded by love in his family’s home.  Phil’s life was full of adventures and struggles, and his heart was broken after the very recent passing of his mother.

Phillip was born in Cheyenne, WY on December 6, 1964 but his parents Frank Perry and Shirley (Corbett) Russell soon moved their family to Mobile, AL.  Phil spent much of his young life in the south before moving with his family to Salt Lake City, UT in 1978.  Phillip is preceded in death by his mother, Shirley Anne Corbett Russell.  He is survived by his father, Frank Perry Russell, Jr; sisters, Kathryn (Jerold) of Riverton and Sandy (Norm) of Draper; his brothers, Vance of Ft. Lauderdale, FL, and Craig of Bountiful; and his son, Andrew Russell of Salt Lake City.

Phil had many passions; in his early career, he enjoyed working in his motorcycle shop building custom bikes.  He loved building things with his hands and was a unique artist sharing many of his pieces with family and friends. He enjoyed music and loved to play the guitar and the harmonica.

From his youth, Phil had a great love for horses.  In his teens, he worked at Nine Mile Ranch in Wellington, Utah.  He loved being a cowboy and doing chores on the ranch.  Later in 2000, he convinced his Dad to go in together to purchase two horses.  Phil and his Dad spent many hours “playing cowboys”.

Phil was a people person from a very young age.  He was always making new friends and helping people in all walks of life.  Phil’s charismatic personality charmed everyone he met.  Phil was loved by his family and he will be dearly missed.

Family and friends may visit from 7-8pm on Friday, May 11, and are invited to the memorial service at 8pm at the Cannon Mortuary, 2460 Bengal Blvd (7600 South), Salt Lake City.

His family would like to give special thanks to the nurses and staff of Heartwood Home Health and Hospice and to friends that were always looking out for him.

To order memorial trees or send flowers to the family in memory of Phillip Russell, please visit our flower store.