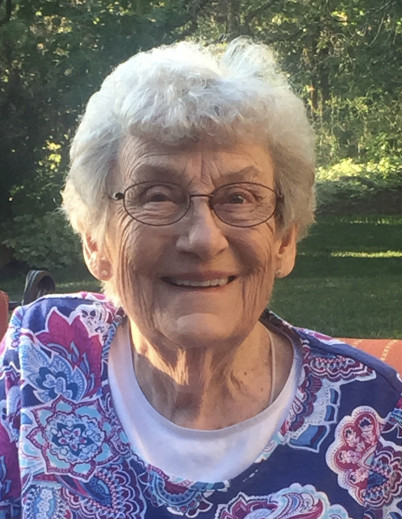 Dick and Pat were involved in numerous social groups and attended Utah football and basketball games for over forty years as part of Dick’s volunteer job as team photographer. Pat loved spending time with babies, serving as a “pink lady” volunteer in the nursery for many years at both Holy Cross and LDS Hospital. She and Dick split their time between Salt Lake and Midway, turning their summer cabin into a year-round home where they lived during their retirement years. They owned and operated the “Midway Short Line” railroad, spending summers and holidays giving rides around the property to kids (and kids at heart). Pat lovingly embraced Dick’s hobby and didn’t mind the various pieces of train decor around the house. Many family parties, weddings and reunions were hosted at their Midway home.

Pat was preceded in death by Dick, her husband of sixty years and her oldest son Rick. She is survived by her daughter-in-law Kenna, daughter Carlie, son Paul (Mary). She was Gram to five grandchildren: Mike, Jaimee, Tyler (Alicia), Danielle & Nick. She is also survived by seven great-grandchildren: Dalia, McKinley & Finley Alkinani and Thomas, Lucas, Curtis & Cecilia Thiriot, along with numerous extended family members.

The family wishes to thank the staff of Wentworth Coventry and Inspiration Hospice for their kindness and care of Pat during the past few months. Arrangements by Cannon Mortuary.

To order memorial trees or send flowers to the family in memory of Patricia Thiriot, please visit our flower store.