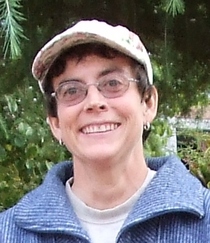 Nola passed away February 14, 2016, at the Intermountain Medical Center in Salt Lake City, Utah. She was born June 1, 1963, in Salt Lake City to Allen Vincent Anderton and Marcia Carolyn Smith Anderton. She graduated from Cottonwood High School in Salt Lake City in May 1981. In her younger years she played the piano and flute, dabbled some with the guitar, and enjoyed country-western music. Although her interests were many, she eventually earned a bachelor’s degree in anthropology from the University of Utah. She worked for a time at Bunnell, Inc., in Salt Lake City, where she was involved with medical research.

She lived for a number of years in Summit Park and for shorter periods in Monticello and Torrey, Utah.

A longtime runner, she completed several marathons, as well as a 50-mile race and a triathlon. She also enjoyed hiking in the Wasatch and spending time in southern Utah, including some geocaching. She loved the outdoors and taking pictures of beautiful landscapes and wildflowers. She also loved having a good pickup truck that could take her into the wilds and give her the freedom that was so important to her.

She was an intensely independent and private person. Though life was often hard for her, she had a truly generous heart and was great about helping those in need, including her mother in the last months of Marcia’s life.

Special thanks to Boone Newson for his kindness and generosity toward her in her final couple of years.

In lieu of flowers, please make a donation to the charity of your choice.

To order memorial trees or send flowers to the family in memory of Nola Anderton, please visit our flower store.