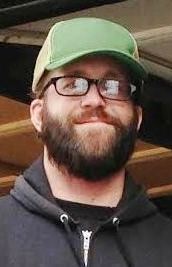 Nathaniel ("Nate")—beloved son, brother, uncle and friend—passed away at his home on October 25, 2016.  Nate was born in Dayton, Ohio on May 13, 1976 to Vernon ("Butch") Veldhouse and Edna Kay Veldhouse.  He grew up in Cottonwood Heights and attended Brighton High School, as well as Jordan Tech, which led him into a career in construction.  He later attended Salt Lake Community College, earning a degree in Welding Fabrication & Inspection.  Recently, he was a featured star on Discovery Channel's Epic Mancave Builds along with his friends from Firemass Metal Co.  Nate was loved by many, and his loyalty, generosity and warmth were unmatched and leave a big hole for all of us whose lives he touched. We will all miss him dearly.

Nate was an avid snowboarder and loved the outdoors.  Despite brief stints in Hawaii and San Diego, he was always drawn back to Utah and its mountains. He was a lifelong participant in and coach of Mixed Martial Arts.  He particularly loved coaching kids.  Animals were also a huge part of Nate's life.  Those who knew him well also knew his dogs, snakes, turtles, lizards, spiders, frogs and birds.

Nate is survived by his mother, Kay (Butch, deceased) and step-father, Robert Beers; sister, Rebecca Stempel; brothers - Erik and Shawn (Cynthia); and his five nephews who adored him and whom he cherished, Connor, Casey, Nicholas, Joshua and Justin.

In lieu of flowers, or other items of condolence, please donate to a pit bull, reptile, or animal rescue in his honor.

To order memorial trees or send flowers to the family in memory of Nathaniel Veldhouse, please visit our flower store.