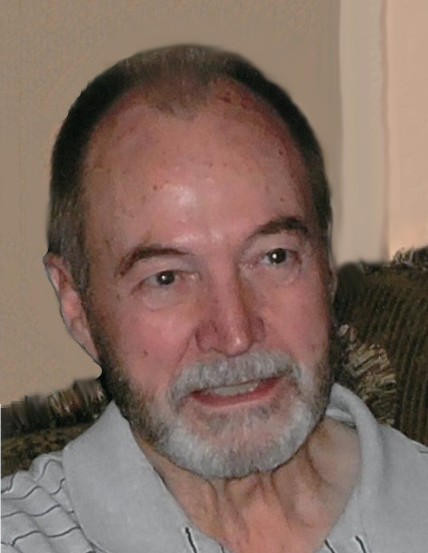 Trying to sum up your Dad’s life in just a few short words is more difficult than it sounds. Micheal was a quiet, simple man that lived a life dedicated to doing the job right and hanging around until it was finished. He was willing to go the extra mile to help someone out, be it family, neighbors, friends and colleagues. He was a wonderful example of faith, service, and love. His family is grateful for the precious time they were able to spend with him.

Micheal J. Olsen passed away in the early morning hours of May 3, 2019, at home after a 5-month battle with colon cancer. With a sense of humor that quickly lightened the mood, his heart continued to beat strong even as the rest of his body weakened.

Micheal was born on February 2, 1941 and was the second of four children to Dale and Dorothy Olsen, in Salt Lake City, Utah. His childhood was spent wreaking havoc around the neighborhoods and through the orchards of North Salt Lake and Bountiful. He attended Bountiful High School and was proud of the fact that he had gone there for five years, which included, two years as a fifth and sixth grader while his elementary school was being built.

He was the best dressed in school with his finely pressed white t-shirts and Levi’s, along with his always-polished Florsheim shoes. That same commitment to “looking good” followed him throughout his life and even in the military and job market. On a weekly basis, he would be found laundering and ironing his shirts until they were absolutely perfect!

After high school graduation, Micheal continued his vocational efforts in the automobile-painting trade. He went to work for Bennett Ford and Sherwin Williams automotive paint division, a skill he acquired working alongside his father, and worked his way up to outside sales representative. During eight of those years, he served in the Air Force Reserves up at Hill Air Force Base. Wanting to make a change in his life, he decided to go to the University of Utah and obtained a BS Accounting Degree.

Later, he joined the accounting staff of Fashion Fabrics as an internal auditor. Here he met his eternal companion, as she was an accounts payable clerk. Apparently, the rubber bands being shot across the office at each other, sealed their fate. Micheal and Renee were married a few months later. Their marriage was later solemnized in the Salt Lake LDS Temple, and they have enjoyed 44 glorious years together.

Micheal later joined JB’s Big Boy Restaurant in the corporate office as a Payroll Supervisor and Data Process Manager. Finally, he joined the University of Utah in their General Accounting Department where he worked for 28 years and retired last year.

Many things brought Micheal happiness. His greatest joy was and always has been his wife, each of his children, and their families. He was a valiant member of the Church of Jesus Christ of Latter-day Saints. He had a love of the gospel and a testimony of faith in Jesus Christ and His plan.

Survived by his wife, Renee; children, Chad (Melanie), Nathan (Liz), Lindsay, Clint (Brooke); nine beautiful grandchildren; brother Terry (Ruthie); sister Julie (George); an aunt, uncle, many brothers and sisters-in-law, nieces, and nephews. He was preceded in death by his parents and sister Daleene (Danny). We are so grateful for the CNS Hospice nurses Susan, Joan, Craig, and Mariah, that took such great care of him.

To order memorial trees or send flowers to the family in memory of Micheal Olsen, please visit our flower store.