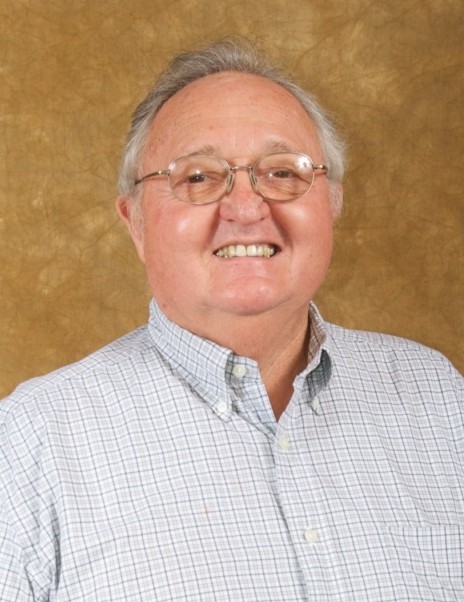 Services were streamed, and can be accessed clicking on the following link https://www.youtube.com/watch?v=rRX5n6WuIbo&authuser=0


Mike was born October 4th, 1937, in Bingham Canyon, Utah to Raymond Burke and Violet Timothy Carter. His journey here on earth ended on April 17th 2022 at the Yuma Hospital after a long battle with red blood cell aplasia. He was raised in Bingham Canyon and graduated in 1955 from Bingham High school where he lettered in wrestling, danced on roller-skates, and worked as a soda jerk at the corner store.  He began working at Kennecott Copper right after high school. On a blind date he met the love of his life, Janet Ruth Hurd.  They married November 14th 1957 in the Salt Lake Temple, and he has been enjoying her gourmet cooking ever since. He then honorably served in the army.  Mike and Janet brought forth six children: Scott (Brenda) Carter, Cynthia (Jerry) Sprosty, Sherry (Greg) Smith, Todd Carter, Don (Jane) Carter and Alicia (Jason) Chapman; twenty-eight grandchildren; and 50 great-grandchildren.  He has one brother Donald (Linda) Carter. Mike worked at Kennecott after serving in the army and graduated from the University of Utah in 1976. He then began a busy career as a maintenance mechanic supervisor in the mining industry moving to Gillette Wyoming, Casper Wyoming, Newburgh Indiana, Indianapolis Indiana, Colstrip Mont, Evansville Indiana, New Orleans Louisiana, Olympia Washington, and Elko Nevada. He was a supervisor over 11 mines during his time in Indiana.

Mike was a lifelong member of The Church of Jesus Christ of Latter-day Saints. He had several church callings, but the most special was serving a mission with Janet at a church camp.  He had a strong testimony of the gospel of Jesus Christ which he shared liberally.

Mike was most well known as “The Belly Eater” by his grand and great grandchildren. There was always a lot of laughter, screaming, hiding, and fun when “The Belly Eater” came to visit. His bubbly personality was visible when he sang and whistled.  He loved traveling the world but his favorite place was in Yuma Arizona during the winter.  Michael loved to drive. He also loved to read.  Many times, he was caught reading while he was driving. Watching television programs was a favorite way to relax. He was even known to show up at church with the remote in his shirt pocket for everybody to see. Mike’s prides and joys were his new Lexus that almost drove itself and his new puppy Cinder.  He loved fixing things and could usually get the job done with some silicone or duct tape.  He will be greatly missed!

Funeral services will be held Saturday, May 7th 2022 at 11:00 a.m. at the Church of Jesus Christ of Latter-Day Saints, 2925 East Bengal Blvd, Cottonwood Heights, Utah.  A viewing will be held the morning before at 9:30 a.m. -10:45 a.m. prior to the services at the church.  Interment Mountain View Memorial Estates, 3115 East 7800 South, Cottonwood, Utah, followed by a luncheon for family and friends at the church.

To order memorial trees or send flowers to the family in memory of Michael Carter, please visit our flower store.