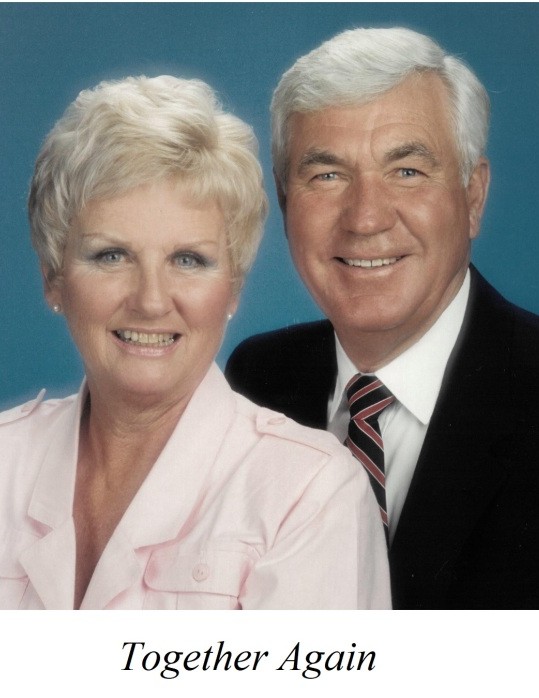 Marilyn Stivers Montgomery Empey "Lindy" was born on September 23, 1927, and died on January 8, 2022 in Salt Lake City, Utah. She was born at home in Maplewood, New Jersey, the daughter of Harry and Agnes Stivers. She graduated from Columbia High School, where she participated in swimming, dancing, ice skating, and drama activities. She later graduated from Duke  University in Durham, North Carolina where he majored in English. While at Duke University, she served as President of the Zeta Tau Alpha sorority.

She joined The Church of Jesus Christ of Latter-day Saints when she was 44 years old. She served in the Primary, Sunday School, and Relief Society. Her greatest happiness has come from being a member. In 1976, she was married to Clair B. Empey, and they were later sealed in the Salt Lake Temple in 1977.

Lindy had retired from real estate sales, and when Clair retired from the FBI, they enjoyed many traveling experiences - RVing, going on cruises, and trips to visit grandchildren. Clair and Lindy purchased a winter home in Fort Lauderdale, Florida, and they enjoyed 15 winters there. Her most precious memories are of the time spent with all the family gathered together.

They served two missions together for the LDS Church. She loved playing tennis and golf, reading, cooking, needlework, family history, and playing her organ. She loved music, and her music gave her so much enjoyment in her later years.

She was a wonderful person who loved her family and friends with all her heart, and she was cherished by them. She is preceded in death by her husband, Clair B. Empey, mother and father, her sister Dottie Stivers Whitman, her brother Robert Stivers, and her daughter Susan Montgomery Tucker. She had ten grandchildren and twenty-one great-grandchildren. Her marriage to Clair also gave her seven stepchildren and their spouses and families.

To order memorial trees or send flowers to the family in memory of Marilyn Stivers "Lindy", please visit our flower store.