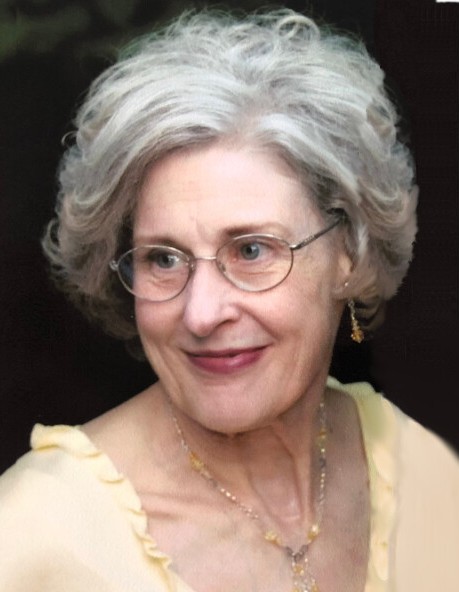 Mardon Jayne Elggren Erekson (Mardy), (82) born August 11, 1939, to Maurine Spencer and Donald Jay Elggren in Salt Lake City, Utah, the oldest of four children. Passed away peacefully in her home on Thursday March 31, 2022, surrounded by her family. Mardy attended schools in Salt Lake City and Holladay, Utah, graduating from Olympus High School in 1957 where she was a student body officer her senior year and a member of Pep Club. Mardy attended the University of Utah and affiliated with Kappa Kappa Gamma. She and Allen B. Erekson became engaged during a short summer break before Allen went into the Air Force Reserve. Following his reserve training, Allen served an LDS mission in the East Central States and Mardy also served a mission in the Eastern States in New York City and Palmyra. On their return they were married in the Salt Lake Temple for time and all eternity. While Allen studied architecture at the University of Utah, Mardy worked for the Graduate School of Social Work, and they started their family with the birth of their first daughter Kristen. After Allen’s graduation they lived in Las Vegas and Reno, NV, and later returned to Salt Lake City where his architectural work continued. Three additional daughters were born to the family and one son who thought he had five mothers. Mardy served in many callings in the Church of Jesus Christ of Latter-day Saints and particularly enjoyed her years of teaching in each of the women’s organizations in the Church. She and Allen served together in two Stake Mission callings. Mardy has a strong testimony of her Savior and Redeemer Jesus Christ, His life, and teachings, that He knows and loves each one of us, and wants each of us to live so we can return to be with Him, our Heavenly Father, and our families eternally. Mardy never failed to be anything less than an excellent mother/grandmother, regardless of the many personal obstacles she faced. She always made anyone she was around feel like her favorite, never judging, only wanting to serve and love. Her joy and therapy were when she had her hands in the soil of her gardens; she had a gift for gardening and creating beautiful, serene places in all her surroundings. Mardy provided comfort and solace to others while asking little in return all her life, often taking beautifully arranged, fresh cut flowers from her garden to lift others. Her dynamic and animated personality made her sparkle wherever she was. She was always game for an impromptu celebration, and we now fondly call her “Party Mardy!”

To order memorial trees or send flowers to the family in memory of Mardon Erekson, please visit our flower store.