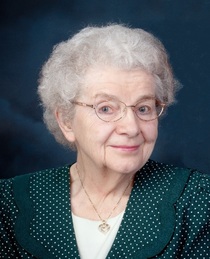 Mae Dean Gossett Ashton, age 88, passed away at her home in Cottonwood Heights on September 20, 2016.

She was born May 10, 1928,  near South Carrollton, Muhlenberg County, Kentucky, the oldest of seven children of Jacob Howard Gossett and Eunice Audrey Noffsinger Gossett.  She attended Bremen Consolidated School where all twelve grades were in one building.

Following high school graduation in a class of 21 students, she attended Andrew Jackson Business School in Nashville, Tennessee; then worked at Kentucky Utilities (power and light company). She was employed at KU when called to serve in the East Central States Mission, with headquarters in Louisville, Kentucky.  The mission included Kentucky, Tennessee, West Virginia, and a small area of Indiana.  At that time there were no wards, only branches and districts.

Following her mission she came to Salt Lake City where she worked at First National Bank of Murray before returning to Kentucky to work on her family history. This was motivated by her love for genealogy, her life-time hobby.  She spent hundreds of hours doing research and submitting names to the temple.

On May 22, 1961, she was married to Warren J. Ashton in the Salt Lake Temple by Elder Sterling W. Sill, whose secretary had introduced them.

After her children were grown she worked for seven years in the Family History Library where she became a supervisor.

Her church callings included Ward and Stake Young Women, Primary teacher, counselor and secretary, Relief Society President and Ward Family History Consultant.  Her favorite calling was Ward Mia Maid teacher. She served seven and half years as tour guide on Temple Square along with her husband.

Mae Dean’s life was characterized by a friendly, outgoing personality and love of family.   She maintained a quick sense of humor and a wholesome outlook on life abiding by Church standards.

She was preceded in death by her parents; one brother and sister-in-law, Curtis and Faye Gossett; and a 9-year-old grandson, Adam Ashton.

Special thanks to Ginger, Beckie and Tammy of Solstice Hospice, as well as her caregiver Sumara, for their loving kindness and compassionate service.

In lieu of flowers suggested donations to the LDS Church Missionary Fund http://www.ldsphilanthropies.org/missionary.html

To order memorial trees or send flowers to the family in memory of Mae Ashton, please visit our flower store.