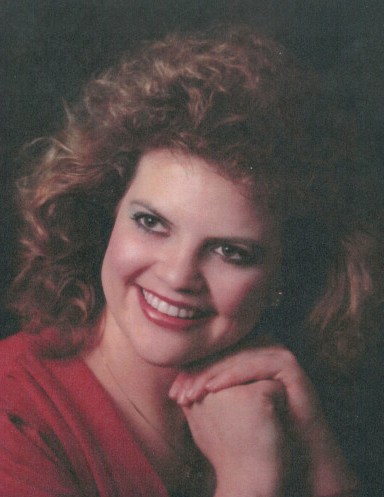 Lisa was born on June 26, 1968 at the Cottonwood Hospital in Murray UT.  Her mother had her appendix out the day before and was not in labor, however, Lisa was just fine.  Lisa passed away peacefully while at the Woodland Park Care Center in Salt Lake on June 25, 2019.  At the time of her death she was 50 years and 364 day’s old passing before she could turn 51 years old.  She had a chronic illness called Antiphospholipid anti body syndrome with RA and she still had the effects of Sydenham Chorea from when she was 16.

Lisa grew up in Murray, Willow Creek, and Sandy UT.  She graduated from Alta High School and was proud to be a Hawk, after high school she also attended UVCC for a short time. She married Andrew Peterson in 1991 at the Salt Lake Temple.  Once they were married they moved to Maryland where Andrew could serve in the military for the Navy.  They spent 10 years on the east coast living in Maryland and Virginia until they moved back to Utah in 2000.  After moving back to Utah they were able to adopt two children and Lisa was able to fulfill a lifetime dream of becoming a mother.  As an active member of the Church of Jesus Christ of Latter-Day Saints she held several callings, her first love was the calling as Primary President where she could be with her children.  She also served in the Relief Society and in the Young Women’s.  She loved to sing in the choir and read everything she could get her hands on.  She took on many challenges and responsibilities in local Wards wherever she lived and made many great friends throughout the years.  She worked in various jobs throughout her life, as a sales associate in craft stores and she made many beautiful decorations and gifts.  A receptionist for an aerospace company, a Stampin’ Up! demonstrator where she learned to make beautiful cards and crafts.  She also worked as a teacher’s aide in several schools in the Salt Lake Valley.  She enjoyed doing arts and crafts as well as working with children and was often able to combine those loves as she helped children make projects.  She also loved to serve those around her in any capacity she could even if that was just reaching out and being social with those around her.  She is survived by her husband Andrew Peterson; her daughter Ariauna Peterson: and her son Lucas Peterson.  She is also survived by her father, Brent Smith; mother Nancy Dubach Smith and her four Siblings; Travis (Susan), Jason (Sheryl), Chad and Jana

Memorial Services will be held on Saturday July 13, 2019 at the LDS chapel on 3151 So Broadway Street (7700 West) in Magna, UT at 10:00 AM. Interment will be at the Sandy City Cemetery.  In lieu of flowers, donations would be appreciated to help care for the kids and take care of any medical costs while she was in the hospital the last 5 months of her life.

To help the family with Medical and Funeral expenses donations can be made at any Cyprus Credit Union branch using ID number 335839 or via transfer on your bank's website using routing number 324377202 and account number 75100335839.

To order memorial trees or send flowers to the family in memory of Lisa Peterson, please visit our flower store.