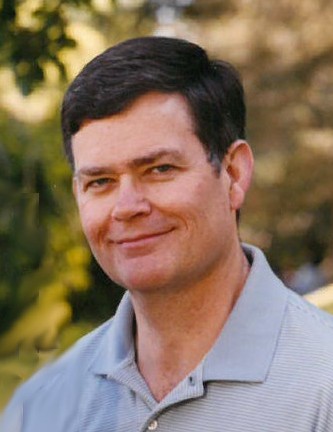 Lindsey Phillip Dew I, Esquire, family man, attorney, author, lover of God and his fellowman, died surrounded by family at his home on Tuesday, August 6, 2019, after a valiant 11-year struggle with early-onset Alzheimer’s disease.

On September 9, 1953, Phillip was born to LaMar and Veda (Lindsey) Dew in Provo, Utah, which event he always adamantly insisted he remembered. He was the second of their five children, and passed a happy childhood in Granger and Holladay, Utah, with glorious summers spent at the backwoods Tennessee home of his maternal grandparents. He became a proud Olympus High School Titan, a member of the cross country and wrestling teams as well as the newspaper staff, and when he graduated in 1971, he went on to serve a two-year mission to Tokyo, Japan. Upon returning home, he attended both the University of Utah, from which he attained his law degree, and BYU, from which he attained his wife. Despite throngs of lovesick girls who swooned over his portrayal of Captain Moroni in the 1975 Manti Pageant, Phillip married Vicki Diane Truman, the definitive love of his life, in the St. George Temple on July 9, 1976. They went on to have seven children together: Jeffrey (Rebecca) Dew of Provo, UT; April (Jeremiah) Johnstun of Elk River, MN; Jonathan (Meagan) Dew of Syracuse, UT; Melanie Dew of Holladay, UT; Heather (Taylor) Finch of Sandy, UT; Steven Dew of Cottonwood Heights, UT; and Katherine (Brandon) Rhodes of West Jordan, UT.

Never one to coast through life, Phillip wrote his novel “The Trial”, which was published in 1984, while attending law school. After two early attempts at partnerships, Phillip established his own successful law firm and dedicated the next 30 years of his life to practicing honest, compassionate law (think Atticus Finch as a bankruptcy attorney). He was a huge believer in involving his family in whatever project he was involved, as well as in the value of cheap child labor, so it was a rare weekend or summer day when there were no Dew children in the Lindsey Phillip Dew, Attorney at Law office, busily typing, filing, stapling, alphabetizing, stuffing envelopes, or taking extended bathroom breaks.

In his limited spare time, Phillip loved to read. His favorite topics were history, war, and war history. Whenever one of his kid’s history textbooks went missing, it could usually be found in their dad’s room. He could (and frequently did, much to his children’s exasperation) describe in detail the issues, the generals, the battles, the vehicles, the ships and the overall conditions of each major war. He was also known for his extensive classic DVD collection, his excellent singing voice, and his enthusiasm for planting a garden every year.

Phillip was a man of simple tastes, happily eating the same good foods, reading the same good books, and watching the same good movies year after year. His perfect vacation involved Disneyland. His favorite bookmarks were unused pieces of dental floss. He wasn’t interested in a new home or new car or even new clothes, much to the chagrin of his teenaged daughters, who could never be quite sure what their dad would be wearing when they introduced their dates. His life’s philosophies were equally straightforward: Work hard. Go to church. Be loyal to your wife, your country, and your football team. (Go, Cougars!) Tell the truth. Spend time with your family. Exercise and eat healthy foods. Be well- prepared for emergencies. Help anyone who needs help. Don’t say bad things about other people.

Phillip diligently cultivated a strong mind and body, so it was devastating to him and his family when he received his diagnosis. And yet he pressed forward with a spirit of perseverance, patience, and optimism as Alzheimer’s disease gradually stripped him of everything he had been. He was determined to do as much as he could for as long as he could, and with the unrelenting support of his angel-advocate wife, he was able to maintain his mobility and humanity far longer than expected. In the end, though, it was a relief to shed the body and mind which for so long had worked against him and rejoin his beloved Savior and his Heavenly Father.

Phillip was preceded in death by his parents and his younger sister Rebecca Dew Watts. He is survived by his wife Vicki and their seven children; his older brother Bill (Jolene) Dew of Sandy, UT; and his two younger sisters: Mary (Michael) South of Heath, TX; and Rachel (Elgin) Allen of Dallas, TX. He has 18 grandchildren, of whom he was visibly proud and was never happier than on the rare occasions they were all together.

In lieu of flowers, please donate to the Cure Alzheimer’s Fund at curealz.org or to the philanthropy of your choice at give.lds.org/memoriam

And remember: ‘Unchained Melody’ is the greatest song ever written. Oat bran goes with everything.  You can never have too many flashlights or cans of Spam. Sing often, preferably lyrics you invented yourself or in Japanese. The woodpile’s location needs to be rotated frequently. And fashion, shmashion. We love you, Dad.

To order memorial trees or send flowers to the family in memory of Lindsey Dew, please visit our flower store.