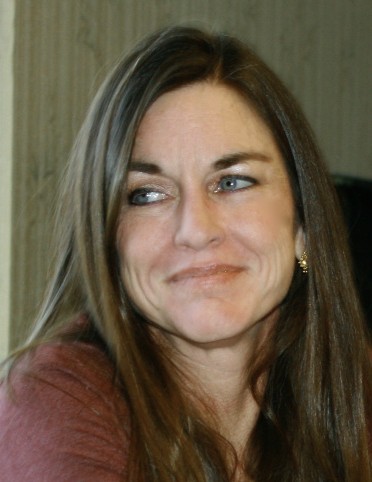 Kimberly Montgomery (Islam), beloved wife, daughter, sister, aunt (age 54) passed away on Wednesday, March 2, at St. Mark’s Hospital Intensive Care Unit due to multiple preconditions leaving her vulnerable to the CoVID virus, which emergently forced her into the hospital on February 7th.

Born January 5, 1968 in Anchorage, Alaska, to Clarence S (Monty) and Norma Lynn (Cook) Montgomery, she was the youngest in a family of six children.  At the age of two years-old, her family returned to Utah.  She was closest in age with her sister Kristy and the pair grew up with their older brothers in Cottonwood Heights, Utah.  Kimberly married Khaled Islam on October 5, 1996 (Orem, Utah).

Kim had a courageous attitude toward her staggering health obstacles.  She became diabetic at the age of nine and needed insulin injections to live.  Twenty years ago, her kidneys began to fail.  She received a pancreas and kidney transplant and needed immuno-suppressant medicines to live.  Fourteen years ago, her heart required bypass surgery to live.  She had skin cancer and was treated with surgeries.  Last year, she was diagnosed with breast cancer, began chemotherapy, had surgery and so was presently in a weakened condition.  Throughout all this, Kim had a strong will to live and lived a positive life.

As a kid, Kim thought up short dance routines to teach her nieces and perform with them.  As a teen, she loved ballet, took lessons and performed with the International Junior Folk Dancers.  With them she and her sister Kristy traveled to Canada and Germany to perform.  This disciplined group were yearly performers at Utah’s Snowbird Octoberfest.

At Brighton High School, she found cherished friendships that have since continued.  She loved her classes in drawing and painting, and her favorite artist was Georgia O’Keefe.  Following her 1986 graduation, Kim attended Utah State University where she met treasured roommates, who have stayed friends over these years.   At USU, she continued her studies in art and completed her Bachelors degree (Education) 1992.  She taught for a short time at Olympus High School, until her health began to limit her day-to-day activities.

Kim was a quiet adventurer and by chance, through a friend of a friend, she met Khaled over the phone.  At that time Khaled was living and working in New York City.  Kim mailed a photo of herself to him, and from that moment he says he was “all in.”  They had been talking daily for a long period, when they made their plan to meet each other in person, on a trip which brought Khaled out to see Zion National Park and The Grand Canyon.

They were married in the presence of Kim’s immediate family, grandmother, aunts, uncles, and cousins, all who were dear to her heart.  She and Khaled established their home in Taylorsville, where they have experienced very good neighbors, especially Marie and Jennifer who they consider their adopted family.

Kim loved animals and through rescue or adoption always had two or three at home.  Overtime, we have all enjoyed hearing her stories about Squeak, Ruby, Cheeni, Cookie, Zoey, Rusty, Wiley, and Jack the Sparrow.

She has always been there for her nieces and nephews.  It’s no wonder each one thought that they were her favorite.  The following comments have been shared by them…

-Kim was a walking bit of sunshine.  She was a fun aunt who cared a lot.  -Kim teased out of love and always made you feel like one of her own kids.   -Kim knew how to tease while making you feel loved.  She was generous, kind, and full of humor.  -Aunt Kim was sassy, silly and sweet with an unforgettable laugh.  She had a huge heart, especially for her fur babies.  -Kim inherited her spunk from her mother, only she was a bit more colorful.  I am grateful for the fond childhood memories from growing up together.  -Kim was like a big sister and a hero to me.  We were only five years apart in age.  I’ll forever hold her close in my heart.  -Aunt Kimberly was snarky, fun, and so caring.  I remember always feeling a special connection with her.  She was the best to tease because she took it just as much as she dished it out.  -Wonderful and crazy Aunt Kim had more than her fair share of health issues, she would always bring light to the room with her positive attitude and goofy behavior.  I will always remember those Super Bowl partys she and Khaled hosted, the love she had for her dogs and cats, and being the aunt that gave as much teasing as she could take.

Kim knew Khaled’s family through phone conversations and wanted to meet them, however her ever changing health restricted her from traveling such a long distance to them.  As the internet was born, the world became smaller, making it easier.  Kim became friends with others from all over our own country as well as other countries.

In the most recent period, when her mother’s health failed, she visited her parent’s home daily for two years, to assist her father in the care of her mother.  After her mom passed away, she stayed close in daily conversation or visits to be sure her father was doing alright.

Kim had a belief in eternal life.  We believe that she has been reunited with those who had previously left this mortal life, her grandparents, aunts, uncles, cousins, and especially her loving mother, her sister-in-law Suzanne, and her good friend Charlie.

We feel that she continues to love us, now from a heavenly place.

Services will be streamed and can be accessed by clicking on the link below at 11:50 a.m. Monday, March 7, 2022.
http://www.facebook.com/CannonMortuary The link will take you to Cannon Mortuary's Facebook page.  You do not need a Facebook account to access.

To order memorial trees or send flowers to the family in memory of Kimberly Montgomery, please visit our flower store.