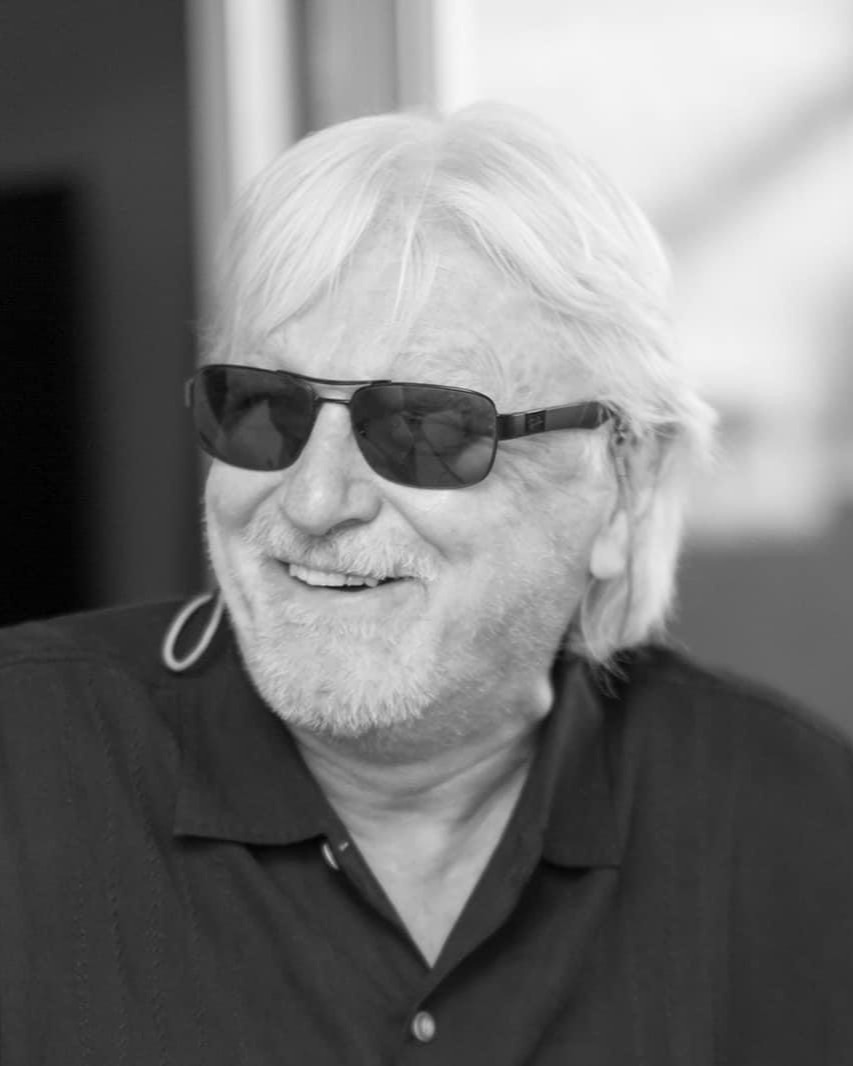 Kevin J Ruda, age 70, of Park City, UT, passed away peacefully at his home surrounded by loved ones on Thursday, December 22nd, 2022. Kevin was born and raised in Baraboo, WI, to his late parents, Clarence and Marie (Davis) Ruda. Kevin was always a risk-taker and can best be described as a man of integrity, heart, courage, tenacity, kindness, and grit. He courageously used each one of these skills throughout his 10-month battle with Pancreatic Cancer.
He is survived by his loving wife Chantal Tousignant of Park City, UT, daughter Heather Stump of Cape Coral, FL, son Jordan Ruda of Salt Lake City, UT son Michael Ruda of Salt Lake City, UT, daughter Katrina Tousignant of Park City, UT, son Francis Trudel of Salt Lake City, UT, brother Tom Ruda (Diane) of LaPort, IN, sister Faith U'ren of Jacksonville, FL, sister Kathy Orr (Larry) of Jacksonville, FL, and many nieces and nephews.
He was preceded in death by his loving wife of 32 years, Diana Ruda, his beautiful eldest child, Mindy Stump, his loving parents, Clarence and Marie Ruda, his eldest brother Butch Ruda, and his brother-in-law’s, Terry U’ren and John McDonald.
Kevin was a passionate and illustrious businessman whose success was limitless. Helping to turn companies around that were struggling was his niche, and he found great success in doing so over the years. His first big break came in the early 80’s with Gregg “Golden Soft Margarine” Foods out of Portland, OR. He went on to help such companies as Holsum Foods, Beatrice, and Conagra before settling down in Park City, UT, where he invested in Bear Creek Country Kitchen in 2002. He later sold the company and bought Johnny’s Fine Foods out of Tacoma, WA.
“Coach” was a title Kevin wore very proudly, in fact, it is a great legacy he leaves behind. Every single time he stepped onto the field or court he did it with such passion and desire. He started coaching Mindy in the late ’70s with Softball, All Stars, and Soccer. Together they were a dynamite duo for years. He coached Heather and Michael during this time as well. When Jordan got old enough to start Pee-Wee Football and Basketball, Dad dusted off his coaching hat and dove right back in. One of his greatest joys was coaching Jordan from Pee-Wee through his senior year of High School (2012). The unique, special, intangible bond they shared was carved out of those years together on the field and/or court. Dad was also passionate that none of the players were left behind. He always ensured everyone had uniforms, transportation to games/practice, and that he was someone the players could always talk to on and off the field/court. Throughout his time coaching, he touched, molded, and inspired countless kids, many who still call him “Coach” to this day.
Another great love of his was everything Green Bay Packers. To know Dad, is to know the Packers. Over the past 40+ years, watching and cheering on the Packers has been a family affair, rather it was attending the game in person, watching it on the couch or having a group text from across the country…it was a time of connection and bonding for him, his children and his sisters. In fact, I’m pretty sure Mindy, Heather and Jordan’s first words were GO PACK GO. His love for the game was also shared with countless friends and business associates, but none more than his dear friend Kirk and his son JT.
Kevin’s business sense also led him to create something that although started as a business venture, turned into an accomplishment for which he had so much pride. Along with his late wife Diana and dear business partners, Richard Vincent and Dave Allen, they developed acreage high in the Uinta’s which became Monviso, one of the most stunning Ranch estates in the state of Utah. Through years of devotion, and as Monviso grew, so too did a second family within. Kevin, his beautiful wife Chantal and their newly blended family spent countless hours enjoying the tranquility this special land had to offer. Sporting a crumpled “Aussi” hat and with his beloved dog Shylo by his side, Monviso allotted him an unparalleled respite. Its natural splendor, as well as the incredibly kind community it fostered, will be cherished as part of his legacy for generations to come.
Though there are so many things we could talk about when it comes to the amazing life Kevin lived, we end with the word “Legendary”, as that is what Dad was to everyone who had the privilege to know and love him. We miss you and we love you always and forever.
There will be a Memorial Service on January 14th, 2023 at 2PM MST. Shepherd of the Mountains Lutheran Church 4051 UT-224 Park City, UT 84098.
In lieu of flowers, Kevin’s wishes are donations be made to www.pancan.org“Legendary”, as that is what Dad was to everyone who had the privilege to know and love him. We miss you and we love you always and forever.

In lieu of flowers, Kevin’s wishes are donations be made to www.pancan.org

To order memorial trees or send flowers to the family in memory of Kevin John Ruda, please visit our flower store.