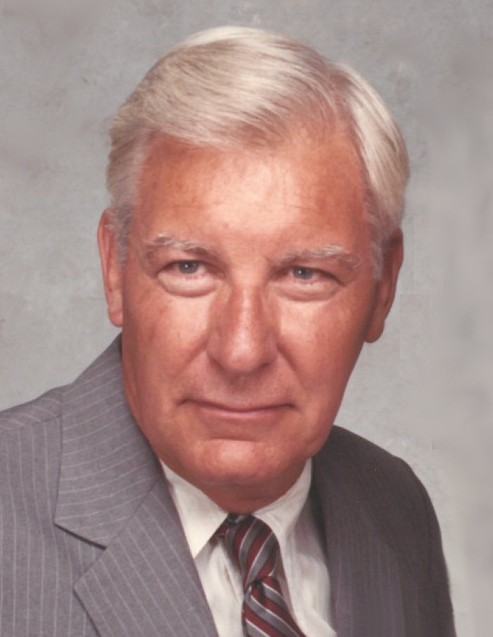 Our beloved Dad, Grandpa, Great-Grandpa, uncle and friend, Kenneth Earl McCleary passed away peacefully on May 13, 2019, surrounded by his family and an abundance of love.  Ken was born on March 7, 1927, to Earl Cedric McCleary and Deleal Hall McCleary in Salt Lake City, Utah.

Ken was raised in Murray, Utah, surrounded by grandparents, aunts, uncles, and cousins.  Most Sundays were spent getting together for lots of food, fun and laughter.  Ken had many fond memories of his childhood in Murray.  Shortly after turning 18, he became part of the “Greatest Generation” when he joined the U.S. Navy during World War II and served in Hawaii.  Upon returning home, he had the good fortune of meeting Iris Gwendolyn Green. They were married on July 8, 1948, and sealed in the Salt Lake Temple in September 1948.  They settled down in the Holladay-Cottonwood area to raise their family.

Ken received degrees from both the University of Utah and the University of Wyoming, and was employed at Kennecott Copper as a chemist for many years. Because Ken valued education so much, he later changed careers to become a teacher and administrator in the Jordan School District. Ken also instilled the value of education in his children.

As an eager life-long learner, Ken pursued his love of flying and earned his pilot’s license.  Most of his children and grandchildren enjoyed the thrill of flying in his Bonanza. He also loved gardening, and was famous for growing some of the “world’s best tomatoes”.

Ken was a member of the Church of Jesus Christ of Latter-day Saints and served faithfully in many callings throughout his life.  He had a testimony of the gospel and the plan of salvation. He was looking forward to joining his wife after 11 years without her.  We can only imagine the reunion that took place.

The family would like to thank all of those who helped and supported Ken during the last week of his life.  There were many blessings and tender mercies during that time that touched his heart and those of his family.

To order memorial trees or send flowers to the family in memory of Kenneth McCleary, please visit our flower store.