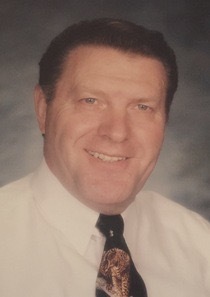 
Kenneth M Green, beloved husband, father, grandfather, uncle and teacher, age 74
passed away on May 29, 2016 at his home of a very aggressive cancer that was only confirmed Thursday, May 26, 2016.
Born March 29, 1942, Lehi, Utah to Milton Green and Reubena Brooks.
Married to Imelda Saldivar, July 25, 1987, sealed in the Salt Lake Temple two years later.
Served in the US Air Force and retired 1989 as a Captain. He had a long career in the USAF as a Band Commander and arranger with performances across the US and South America. He was an amazing musician who played at the White House for returning servicemen in Dallas, and on the Johnny Carson Tonight Show, (which you can see on YouTube by writing in "Airmen of Note"), and for President Carter in Panama. He recorded with many well known artists such as Frank Rosolino, one of the really outstanding jazz trombonists of all time. He performed with Bob Hope and Danny Thomas in concert, and with the stars in Washington DC, Illinois, Texas and California, and recorded with people like Sue Rainey, Sarah Vaughan, Jaye P. Morgan, and Marian McPartand. He also performed with the Utah Symphony as a jazz pianist with other famous artists and performed with the Salt Lake City Jazz Orchestra. He taught for 19 years at East High School in Salt Lake City. He was an amazing teacher and mentor and influenced many students’ lives. He loved serving others and in 2001 began a calling to the Utah State Prison with his wife. His job was directing a choir of prisoners at the Utah State Prison. He was instrumental in starting a music school there and eventually became Director.
His hobbies included skiing, golf, fishing and he loved motorcycles and fast cars - he especially loved his Harley which terrified his cats. He traveled all over the country with his family in his motor home, and did a lot of fishing at Fish Lake and Flaming Gorge on his boat.
He is survived by his wife of 29 years, Imelda, his 4 children; son - Michael (Teresa) and daughters - Michelle, Rachael (Greg Williams) and Briana (Eric Burns). He has 8 grandchildren: Logan, Evan, Haydan, Maci, Morgan, Cole, Cameron and Nicholas.
Funeral services will be held Thursday, June 2, 2016, 11:00 a.m. at the Cottonwood Stake Center, 1830 East 6400 South. A visitation will be held Wednesday, June 1, 2016, at Cannon Mortuary, 2460 E. Bengal Blvd. (7600 S.) from 6-8 p.m. and the day of the service at the church from 9:45-10:45 a.m. Interment Veterans Memorial Park.

To order memorial trees or send flowers to the family in memory of Kenneth Green, please visit our flower store.