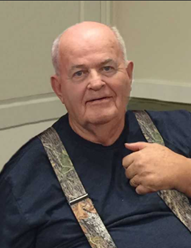 Joseph John Lichtie, passed away peacefully on June 13, 2019, at the Draper Rehabilitation Center.  He was 81 years old.

Grandpa Joe as he was affectionately called spent his life doing what he loved. He viewed himself as a humble carpenter that wanted to follow the Lord’s example. Not only did he build two successful companies, but he also gave back by donating to his local Catholic Parish and was always willing to lend a helping hand.

He was brought to Utah through his work, but never forgot his hometown. He spoke fondly of La Crosse, Wisconsin where he was raised with his eight siblings. He attended school through the 8th grade when he was needed to work on the family farm. He also suffered from Polio at a young age and it was a combination of these events that built his strong work ethic and desire to always do more.

Joe and his loving wife Donna raised four kids in the Salt Lake Valley that have all grown to be successful in their own right. After having worked for the majority of his life he spent his final years surrounded by friends in both St. George and The Wentworth in Draper. He enjoyed sharing stories, playing cards and a can of Coke.

To order memorial trees or send flowers to the family in memory of Joseph Lichtie, please visit our flower store.