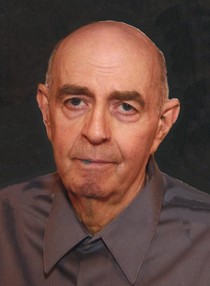 John (Jack) M McCallister (June 2, 1937 - Jan 12, 2017) passed away in Salt Lake City. He was a member of the Burley High School, class of 1955. He went on to serve 4 years in the US Air Force, returning from service to become co-owner, with his parents James T and Dorotha (Weaver) McCallister, of McCallister Furniture and Appliance. He married Juanita King of Idaho Falls on Dec 15, 1962. They were sealed in the Idaho Falls Temple on April 10, 1971.  The family relocated to Salt Lake in 1977, where he worked as a clinical electrician at the U of U Health Sciences Center, retiring after receiving his 20 year pin.  Everyone will recall Dad's outgoing, generous nature. He never met a stranger in his life, only a friend he hadn't talked to before. He is survived by his wife Juanita (King), and their 3 children, all of Salt Lake City: Sheryl, David (Colleen), and Agnes  Tucker (Jason); and 1 grandaughter, Patience Crystal McCallister. Internment will take place after a private ceremony at the Riverside Cemetery, at 2 pm on Saturday, Jan 14, in Heyburn, Idaho.

To order memorial trees or send flowers to the family in memory of John (Jack) McCallister, please visit our flower store.