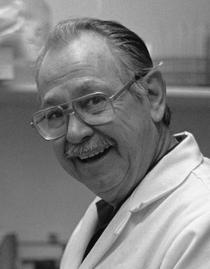 How do you summarize a man’s life in a few words?  So very much is left out…… John had many a tale to tell.

How many men in this world were driving when they were eight years old and learning to read at ten, while spending their days riding horses, milking cows, and herding sheep?  Not many… John Phillips was always seeking new adventures, like the time he exploded a large can of molasses in the school house, or when, at the tender young age of 15, he “accidentally” blew up the fish pond on the ranch.

While attending Basalt Union High School (where he actually played on the basketball team), he learned how to fly a single engine airplane – eventually earning his pilot’s license.

John attempted to enlist in the US Navy before he turned 18 and his application was declined due to enlistment quotas in effect at that time.  He ended up attending Mesa College, and earned his degree in Chemical Engineering.   He had enrolled in the draft at 18, and after college he ended up serving two years of active duty during the Korean War.  During his service, he became a communication specialist with the Eighth Army.  He was awarded three Bronze Stars and a United Nations Service Medal for his service to his country.

When he came home from Korea in 1953, he was transferred to the Army Reserve for the next 3 years. During that time, he settled down and married Kitt.  They relocated to Salt Lake City where John became employed at the local brewery Lucky Lager as a chemical engineer.  They had four children together during this time.  He and Kitt bought a small house and began expanding it as their family grew.  The home eventually became known as the house with the best sandbox on the street.  When he left Lucky Lager he was employed at Porter Laboratories.  His job would sometimes take him out of town for extended periods of time.

In 1984 Kitt suddenly passed away, leaving John as the sole parent to his four children.  John became employed at Thatcher Chemical during this time. Ten years later, he met the 2 nd love of his life, Rose. They were soon married and spent the next 20 years together. He retired from Thatcher at the age of 72.  Even though he was retired, he never became idle.  His interests turned to full time gardening.  He took care of his neighbors by supplying them with fresh vegetables, helping with their day-to-day tasks and supplying aid to those in need, even as his eyesight began to fail.

These last two years were a difficult time for him both emotionally and physically, but he expressed that “There isn’t anything else that I want and I have no regrets”.  His life was lived to the fullest and he accomplished more in life than any other man we know.  What a wonderful example he set for the people who knew him.

Thank you for all the wonderful memories.  You were and always will be Dad and Friend to all of us.

He is survived by four children: John, Susan, Sarah, Andrew and six grandchildren.

To order memorial trees or send flowers to the family in memory of John Phillips, please visit our flower store.