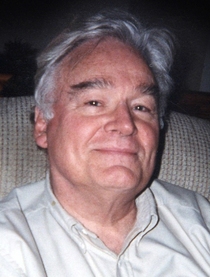 Our beloved husband, father, grandfather and friend, John Maxfield Austin passed away peacefully at home on Thursday, August 25, 2016.  John was born on May 2, 1932 to Michael J. and Lillian Maxfield Austin in Cottonwood, Utah.  He moved to Star Valley, Wyoming with his parents and siblings. There he received his early education.  From 1953-1956, he served an LDS mission to the Northern Far East Mission that encompassed all of Japan.  Throughout his life he maintained a love for the people and culture of that country.

John graduated from Brigham Young University with degrees in chemistry and mathematics, later in chemical engineering.  In 1963, he married Gloria Day in the Manti LDS Temple.  John and Gloria raised their 6 children in a loving home.  They are the grandparents of 21 and the great grandparents of 3.

In his career John taught high school then worked for many corporations. He worked at Hercules as test director of the Polaris Missile.  And at Hanford in Washington State where he was one of the managers helping with the repository of nuclear material.

John loved the out-of-doors; he hunted, fished, canoed, backpacked, biked and skied.  He especially enjoyed the Green River Lakes and the Bitterroot Wilderness. He shared his love of these places and activities with his family.  With a fine mind, he also read avidly, eager to analyze and learn.

He was a faithful member of the LDS Church, fulfilling callings as a High Priest, teacher, ward clerk, stake and ward geneologist.

Special thanks go to the following doctors who cared for John:  Richard Frame, Justin Call, David Breding, and Jeff  Barklow.  Also much gratitude to the nurses and technicians at IMC Dialysis Center.

John is survived by his wife Gloria, his son Greg (Cindy), his four daughters:  Laura (Leroy), Becky (Fletcher), Bonnie (Troy), and Kathy (Nikolai); his brothers Michael, Richard, Vaughan and his sister Gaylia Smoot.  Preceded in death by his son, Brian.

To order memorial trees or send flowers to the family in memory of John Austin, please visit our flower store.