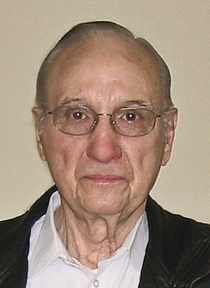 John Clifton Brewer, 95, passed away at his home in Salt Lake City on Sunday, January 1, 2017 due to causes related to old age.  John lived a full and rich life, filling more than nine decades with experiences and accomplishments sufficient for a number of lifetimes.  Born November 29, 1921, in Sumter, South Carolina as the oldest child of James A. Brewer and Mattie Coulter Brewer.  John graduated from high school in South Carolina before joining the Army Air Force during WWII.  During the war John served as an athletic instructor and trainer and was honorably discharged as a sergeant in late 1945.  During his service, John was assigned to a base in Utah where he met a Red Cross volunteer, June Ferre, who became the love of his life and eternal companion.

John and June were married in Ely, Nevada on January 2, 1947.  Their marriage was later solemnized in the Salt Lake City Temple.  John and June and a long series of Chesapeake Retrievers made their home in Salt Lake City.  Upon leaving the service, John pursued a career as a professional boxer.  He later served as a Corrections Officer at the Utah State Prison (while it was still located in Sugarhouse).  John was the owner and principal of a successful structural steel fabrication business for many years before he invented and patented one of the first machines capable of shredding and recycling automobile and truck tires. John founded and operated Garbalizer Corporation, which produced and sold these machines.  John was a 32 nd Degree Mason and a Shriner.  He was also active in the community and politics; serving as Chair of the Salt Lake County Democratic Party and even running for Mayor of Salt Lake City.

In his later years, John joined the Church of Jesus Christ of Latter-day Saints (and was baptized by his long-time friend, Orrin Hatch).  John and June treasured the time they spent as Service Missionaries, helping the homeless and poor of Salt Lake City.

John was a devoted husband and companion to his wife of seventy years and a great friend and neighbor.  To the end of his long life, John remained alert, energetic and optimistic.  Though he greatly missed his wife—who proceeded him in death by a matter of weeks—John expressed great confidence in the knowledge that he would soon be reunited with her.

Preceded in death by his wife and two sons.  Survived by his sister and three grandsons. John lived a great life. He will be greatly missed.

Graveside services and interment at the Santaquin City Cemetery at 11:30 am, Saturday January 7, 2017.

To order memorial trees or send flowers to the family in memory of John Brewer, please visit our flower store.