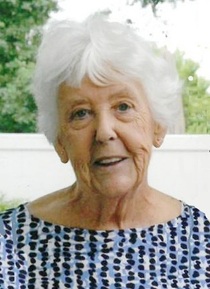 She, along with her sister and mother moved from New York to Florida to New Jersey, and in 1947 they moved to Pasadena, California to get out of the snow… Where she continued her love for the beach, mountains and nature!

In 1955, Joan returned to the East Coast where she worked for the State Department in Washington D.C.  She was "living the life" with her girlfriends, attended evening parties & social gatherings.  This is where she learned the art of entertaining and throwing amazing parties!

However missing that blue ocean and warm weather she returned to California where she met her future husband, Lowell N. Shestag. They married on 11/15/1958 in the First United Methodist Church, San Gabriel California.

Joan was a founding member at the Rolling Hills United Methodist Church, a Girl Scout Leader, an avid cook / baker who enjoyed cooking classes, and belonged to flying & sport car clubs with her husband.  She treasured flying in “dad's plane” and family adventures...  And her love for world travel was second to none. She was one of the first few to fly on the Concord and return on the QE2.

Joan and her family moved to Salt Lake City in 1979 to present day. She worked for Blue Cross Blue Shield – Regence where she made many life long friends and retired in 1996.  During her retirement, she was able to spend more time exploring the mountains, lakes and wildlife.

Joan loved her children and is survived by her son, Steve L. Shestag, her daughter, Jennifer W. Hamelstrom and her grand daughter, Amanda J. Hamelstrom.

Joan was a prim and proper, fun loving, humorous, giving, and caring woman who we were all lucky to have in our lives and share a “Smile” with!

To order memorial trees or send flowers to the family in memory of Joan Shestag, please visit our flower store.