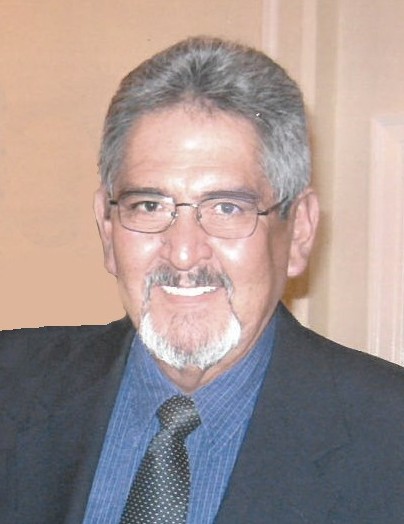 Our amazing, fun loving, father, grandpa, great grandpa, brother, son, and friend passed away July 6, 2017, surrounded by those who loved him. He was a man of few words who fought a valiant fight against cancer.

Jerry was born in Price, Utah, and was the first of 3 boys born to Felipe and Augustina (Tina) Maestas. He spent his childhood in Layton, Utah,  but attended McCurdy High School in Santa Cruz, New Mexico. He excelled in sports, and had offers of scholarships in football and basketball.

After high school, Jerry went on to do great things. He declined his scholarships to, instead, serve his country in the Navy. He was honorably discharged in 1972. He showcased his beautiful, thick, black hair as a hair model for a while. He got his cosmetology certificate, and became the family barber as well as working at the Hotel Utah in Salt Lake City for many years. In the end, his desire to help others in need brought him to Turn, a special needs school, where he worked until his retirement.

His greatest accomplishment was marrying the love of his life, Barbara, on August 26, 1972, after a short six week courtship. They met when Barb had gone on a date with Jerry's

brother, Micky. She felt he was too young, and broke it off. Jerry had planned to date and then dump her in return. However, she got the last laugh when he fell head over heels in love with her. They raised a family together in Salt Lake City, Utah, They loved to bowl, and were on many leagues together throughout the years. They enjoyed camping and fishing, and during their empty nest years, spent many weekends at Scoffield Lake. They also loved to have themselves a buffet!

Jerry had a beautiful voice, and when he sang, it seemed you were listing to a lounge singer on stage. In his younger days, he would go on the yearly deer hunt (gun and bow) with his father and brothers. In the beginning, they would come home with deer, and we had months worth of steaks and jerky. Throughout the years, though, they came home with more fish than deer. And was born the phrase "deer fishing". Jerry enjoyed reading and watching a good western, but nothing seemed to trump his love for the TV show "Bones".

He was proceeded in death by his wife, Barbara (Olds) Maestas, his mother, Augustina (Abeyta) Maestas, and his brother, Micky and Melvin (Tiger) Maestas.

He is survived by his father, Felipe Maestas, his children, JuDee Woodrow (Tony), Frances Schultz (Scott), and Phillip Maestas, his 5 grandsons, and his great grandson. We love and miss you, Jerry!

As per his wishes, no funeral services will be held.

To order memorial trees or send flowers to the family in memory of Jerry Maestas, please visit our flower store.