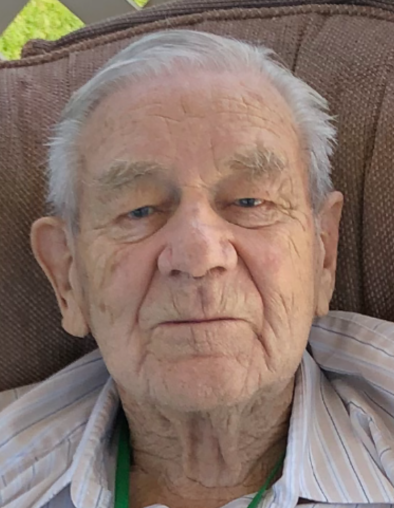 “That boy will not live long!   Let him go outside with his Father while he still has life.”  That was the pronouncement of the doctor on young James Calvin Taylor born September 3, 1925 in Winder, Idaho.  At the age of 94, on April 17, 2020 he passed away to join his eternal partner Donna Haymore Taylor.  The week previous to his death he was surrounded by the love of his family, and died of natural causes.

James was the second son, and fourth child of James Caldwell Taylor and Vivian Hollingsworth Taylor.  He was proceeded in death by his parents and four siblings, Elva Holmes, Arthur Taylor, Inez Prather and Roma Smith, his children James Craig and Joanne, his grandsons Derrick Pearson, TJ Kennedy, Rob Kennedy and JC Taylor.

His family extended beyond his own ten children.  He loved his missionaries as his own!  In the Lansing Michigan Mission 1990-1993, Donna & James served together as disciples of Christ.  His greatest joy was seeing his missionaries’ growth.   He had great faith in their ability to succeed; and loved them as a father.

The last five years, he spent with his youngest son’s family and the good people of Elk Ridge Utah.  The strong arms of William encircled his father many times in his hours of need.  He had chosen this to be his home and was most grateful for the tender care and love he felt and received in his declining years there.

His work at Utah Power and Light brought several lifetime friendships and cherished relationships.  As his son-in- law Gordon would describe him; “He was a worker boss vs a boss. He would grab the shovel and move the dirt alongside of those he led.”  Trips and evening discussions would be filled with stories of work including power plants and power poles.

One of those cherish relationship was with President Gordon B Hinckley.  After he retired from Utah Power & Light, he was extended a calling to continuing the restoration of Nauvoo for the Church of Jesus Christ of Latter-day Saints.  With the leadership of Elder Loren Dunn, Carthage Jail was rededicated, the Pioneer Cemetery was researched and given new life.  The next decade would be filled with missionary service From Nauvoo, the city of his forebearers, Donna and Cal would next serve in Lansing Michigan and then in the state of Nebraska.  Temple service and genealogy research then followed.

Calvin’s early beginnings were humble in the small farming community of Winder Idaho.  In this fertile ground more than seeds grew.  Cal learned the lesson of the harvest.  What you sow is what you reap.  And that came with hard work and many loving and memorable moments with his father.  He would later receive a degree in Electrical Engineer and a Law Degree from the University of Utah.  But he was a farmer first and foremost planting seeds wherever he went.

Two of the seeds he daily planted in his children were the seeds of Christlike service and the seed of a work ethic.  Saturday trips to the Elberta Stake Farm, would be followed by a Sunday early morning “Rise and Shine” with a pounding on the wall for newspaper deliveries.  A breakfast of hot waffles would make the early rise worth it followed by sabbath worship.   Overalls to a Sunday suit were a common daily change of clothing.

Private services due to Covid19.

To order memorial trees or send flowers to the family in memory of James Taylor, please visit our flower store.