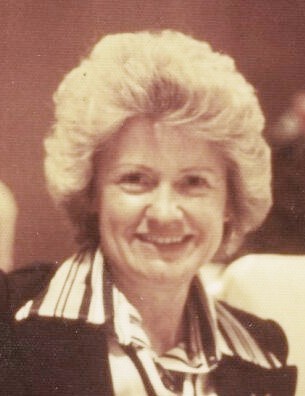 Irma was a faithful member of the Church of Jesus Christ of Latter-Day Saints. She accepted various church callings throughout the years and developed numerous friendships that endure to this day. Above all, she valued her family and spending time with them. She hosted Sunday dinner for anyone who showed up for several years at her home in Salt Lake City. Irma deeply

enjoyed being surrounded by her children and grandchildren. Family gatherings at holidays were noisy events centered around food and conversation. Irma developed a relationship with each of her grandchildren and organized photo albums for each of them.

An avid and accomplished genealogist, Irma and her sister, Wanda Gill, compiled a multi-generational book of the ancestors and descendants of their parents. Privately published, the book was the result of 40 years of research, interviews and compilation. Irma continued researching and writing histories of various branches of her family, sorting through and scanning documents and photos, throughout her life. Irma and LaVar were parents to seven children, three boys and four girls. In the early years of their marriage, they moved several times to accommodate their growing family. Irma worked at the post office to help pay for missions and family expenses. When LaVar died in 1972, her job enabled her to continue supporting the children who were still at home. Five years later, Irma and Wayne Willette married and moved to Cottonwood Heights. They quickly became acquainted with their neighbors and members of their new LDS ward. Their new home provided more space for family gatherings.

Irma’s legacy includes her strength of character and her persistence in pursuing her goals. As many of her brothers and sisters passed away, Irma became a focal point of her extended family. Many of her nieces and nephews regarded her as the matriarch of the family. She regularly hosted cousins, grandchildren, nieces and nephews at family events. As mother, grandmother, matriarch, wife and friend and all her other roles, she will be deeply missed and never forgotten. She is survived by husband, sons: Erick Vaughn Myers, Tracy L. Myers; daughters: Maureen Myers Teerlink (Duane), Martha Myers Ruud Gale (Gary); brother, Walter L. Bell (Doris); sister, Martha Bell Perez (Joe, deceased); 22 grandchildren, 66 great-grandchildren and 1 great-great-grandchild. Preceded in death by parents, son: Dane Jacob Myers (Mary Jo); daughters: Cathleen Myers Dearinger (Tom), Ruth Myers Ouzounian (George); sisters: Wanda Bell Gill (Calvin), Vivian Bell Johns (George), Violet Bell Beacham (Grant); brothers: James Bell (Geri), Gary Bell (Pepper). A family viewing will be held Sunday, September 19, 6-8 pm at the LDS chapel at 2895 Creek Road, Cottonwood Heights, Utah. Funeral services will be at the same location Monday, September 20, at 11:00 a.m., with a viewing from 10:00-10:45 am. Interment in the Riverton City Cemetery, 1540 West 13200 South, Riverton, UT.

To view a live stream of the funeral service click the following link http://Brighton4thward.org . The stream will begin shortly before the 11:00 am service.

To order memorial trees or send flowers to the family in memory of Irma Willette, please visit our flower store.