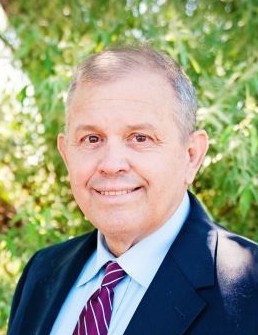 Herbert “Herb” Finlayson Sánchez, beloved brother, father and grandfather, passed away on June 23, 2017 in Kennewick, Washington. He was 64 years old. He was preceded in death by his sister, Rebekah J Bonkosky, his mother, Helen Josephine Finlayson, and his father, Herbert Medina Sánchez.

Herb was born November 16, 1952 in Oakland, CA to Herbert and Helen Sánchez. He was the oldest of four children and the only son. As a young child Herb developed a love of the outdoors and loved to hike and camp. He was involved with the Boy Scouts of America and served as a Scout Master for many years.  He was an adventurer at heart, and loved the beautiful mountains of Utah.

As a member of the Church of Jesus Christ of Latter-day Saints, Herb served a full time mission in Buenos Aires, Argentina and finished in California due to illness. He kept up his Spanish language skills his whole life and in recent years started to study Mandarin Chinese. In 2015 he spent a couple of months in China teaching English and developed a love for the people and culture there.

Herb learned from his father the importance of education, and passed that on to his children. He studied Chemical Engineering at Brigham Young University and later returned and received a Master’s of Business Administration.  He worked in the engineering world for almost thirty years before retiring in 2011. He worked with General Motors, Electronic Data System, and lastly, Hewlett Packard, where he spent his recent years as a Deputy Program Manager on a Navy Marine Corps HP contract.

Herb was a BYU football and basketball fan and cheered them on through good season and bad. He loved to joke and make people laugh; he had a quick wit and often created jokes on the spot. He had a talent for making those around him feel included and appreciated, and often took the time to point out something special and positive in everyone he met. He was supportive of the dreams of those around him, especially his children, and found joy in seeing them succeed. He loved his children and grandchildren and always looked for ways to serve them.

To order memorial trees or send flowers to the family in memory of Herbert Sanchez, please visit our flower store.