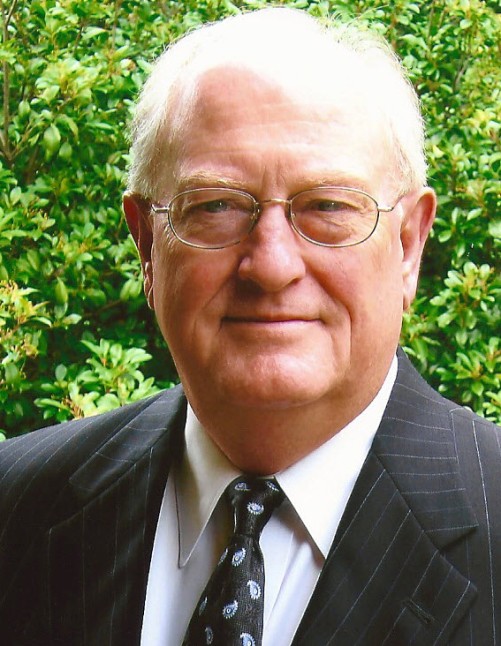 Harold (Hal) Pierce, age 80, currently of Salt Lake City, UT, passed away peacefully on August 31, 2018 a day before his 81st birthday after a short battle with renal cancer.

Hal was born on September 1, 1937, in Ozark, AR, to E.R. and Lula (Melton) Pierce. The summer before first grade, he moved with his parents to Winton, WY. The family lived there a year and then moved back to Ozark.  The summer before 6th grade, they moved to Kansas City, MO. Hal graduated from Northeast High School in 1955 and attended the University of Arkansas. Before graduating, he married Donna Sutton in the Salt Lake City Temple, and they settled in Independence, MO, where they had four children: Cynthia, Jennifer, Wayne, and Melissa while Hal worked for Allis-Chalmers and then Western Electric as an Engineering Associate and later as Production Section Chief. In 1966, the family moved to Springdale, AR, so Hal could finish his Engineering Degree. While working on his degree, he was Plant Engineer for Welch's Grape Juice, church Branch President for Fayetteville, which covered all of northwest Arkansas, and father to four young children.  He graduated with a degree in Agricultural Engineering May 1969.

Degree in hand, Hal moved the family to Edmond, OK, where he worked as a Planning Engineer for Western Electric (the manufacturing arm of AT&T). During the summers of 1979-1983, AT&T sent Hal to BYU to get a master’s degree in Computer Aided Manufacturing. Hal's three daughters were attending BYU during these years, and Hal enjoyed being at school with them. He became a Senior Engineer for AT&T in 1984 and was the Project Manager for development of computers that controlled telephone switching equipment. Hal was likely the first person to recommend the creation of telephone "caller ID." It was rejected initially but 8 years later appeared as one of the best money-making ideas AT&T ever had. Hal never received any acknowledgement. In 1987, after their children were grown and gone, Hal and Donna divorced. Hal retired from AT&T in December 1989.

After retirement, Hal worked part time at Hal Pierce Investments Inc. from 1989-1991.  From 1991-1994, Hal was Chief Engineer at Hitachi Computer Products in Norman, OK. During that time, he was a member of The Trails Golf Club of Norman, OK, and relished his time on the links.

In 1992, Hal met Gwen at a church dance in Arcadia, CA. They fell in love during at a church sponsored singles weekend on Catalina Island and were married in 1994. Hal moved Gwen, her son Victor, and her daughter Kate to Norman, OK.

Hal offered his services as an independent contractor for several years until he fully retired in 1998. He used his retirement time to do family history, and developed a church history website (LDSHistoryBlog.com), which he continued to maintain until his death. He wrote a 275-page history of the growth of the church in Oklahoma “The Church of Jesus Christ of Latter-day Saints in Oklahoma”, an autobiography, “The Fires of Uncertainty”, and several other historical and/or doctrinal works. He had temple work done for thousands of family members. He also enjoyed yardwork and gardening and provided family and friends with fresh tomatoes in the summer, but his favorite pastime was beating his grandchildren at hearts and dominoes.

Hal was devoted to the Church of Jesus Christ of Latter-day Saints and served as Branch President in Arkansas and Oklahoma where he was involved in purchasing property and building buildings. He was also instrumental in purchasing land in Yukon, OK, where the Oklahoma City Temple now stands.  While serving in the Arkansas District Presidency, he created the Siloam Springs Branch. He served as High Councilman several times, High Priest Group Leader several times, Stake Mission President, Temple Ordinance Worker, and Regional Employment Director.

To order memorial trees or send flowers to the family in memory of Harold Pierce, please visit our flower store.