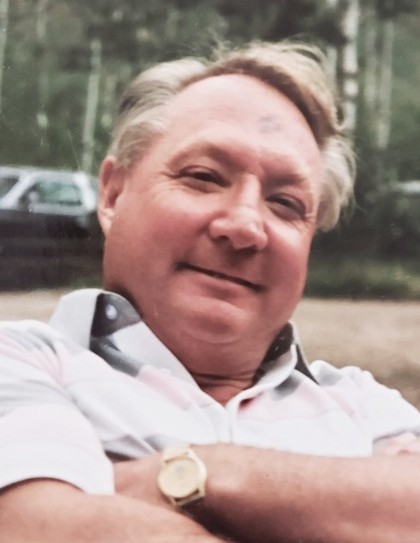 Wayne was born April 5, 1936 in Caldwell, Idaho to Wilma Louise (Lyman) and Francis Joseph Garland and passed away unexpectedly at home on November 9, 2021.  He married his high school sweetheart, Carol Beth Nielson on August 7, 1955 in Caldwell, Idaho.  He was a member of the Church of Jesus Christ of Latter-day Saints where he shared a deep faith in the Lord and served various callings including two Service Missions: 13 years at Temple Square and 16 years at the Utah State Penitentiary.  Wayne had a passion for his family, playing chess, pool and card games (Liverpool rummy), watching sports of all kinds, fishing, and riding horses.  He was a gifted athlete, playing football and running track for Caldwell High School, where he still holds the record for the 220yard dash on cinder track. Wayne was a gifted salesman where he sold furniture for Blacker Furniture in Idaho and sold insurance for AFLAC when he moved to SLC.   He was also a gifted negotiator who loved to find a bargain.  Wayne and Carol selflessly opened up their home to many individuals in need over the years, who they now call family.  Wayne is survived by his beautiful wife and best friend Carol, his children Connie, Sandy (Bob), Richard (Cydney), Lisa (Winfield), 13 grandchildren, 27 great grandchildren, 3 great great grandchildren.  He was proceeded in death by two infant babies, and his brother, Eldon.  A funeral will be held at The Church of Jesus Christ of Latter-day Saints 1845 East 7200 South, Cottonwood Heights, UT on Monday November 15 at 11:00 am; Visitation with the family from 9:30-10:45.  In lieu of flowers donations may be made to the National Kidney Foundation of Utah & Idaho http://www.kidneyUT.org in Wayne’s honor.

To order memorial trees or send flowers to the family in memory of Harold Garland, please visit our flower store.