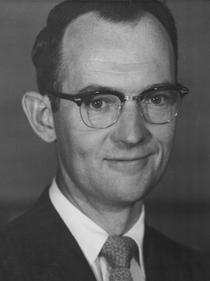 Graham Davis Hollingworth returned home to his Heavenly Father on December 2nd, 2015 at the age of 91 in the Highland Care Center in Salt Lake City, Utah.  Family and friends took time to visit during his last days and he loved their company.  On one such visit, he told those present that it made him feel like he was part of something ‘special’.

He served in the Western States Mission of The Church of Jesus Christ of Latter-day Saints from 1946 to 1948 and later returned to the mission field with his wife, Gwen to serve in the Tulsa, Oklahoma mission from 1990 to 1992 with one extension.  They served as proselyting missionaries teaching genealogy and providing service to the wonderful people in the Tulsa region.

Graham served in the U.S. Army from 1943 to 1945, receiving an honorable discharge.  He attended the University of Utah and received a Bachelor of Science Degree in Science and Math Technology later earning a Master’s Degree in School Administration, Elementary Education in 1954.  During his career, he taught physics, biology and physical sciences in the Utah Public School system.

Graham met Gwen in Vernal, Utah.   They married on June 20, 1951.  They raised a family of 5 children; Kathleen, Steven, David, Elizabeth and Esther.  He loved showing and teaching them about his many interests, including camping, rock hunting, photography and music.  He was a diligent provider, who worked hard and took on extra jobs to assure that his family’s needs were met. He always put his family’s needs above his own and he sacrificed many of the things he liked to do (e.g. skiing) so that his family could have what it needed.

He was an avid rock hound, and loved everything in the physical world, especially those things having to do with biology, physics and the physical sciences.  He loved figuring out “how things work.”  Consequently he was always Mr. Fix-it to his family.  Many phone calls started with the phrase, “Dad, how do I?”  If he didn’t know how to fix something he would study until he did.  He repaired his own cars until late in his life.  Graham was also an excellent photographer.  His photography captured family, friends, an occasional wedding portrait, landscapes, and whatever else caught his eye.

Graham had a strong testimony of the gospel of Jesus Christ, and of the plan of salvation.  He particularly enjoyed temple attendance/worship in his later years.  He loved to travel and visit his family.

In lieu of flowers, a donation can be made to https://www.gofundme.com/GDH-FamHistFund to further genealogical work for Graham’s family.

To order memorial trees or send flowers to the family in memory of Graham Hollingworth, please visit our flower store.