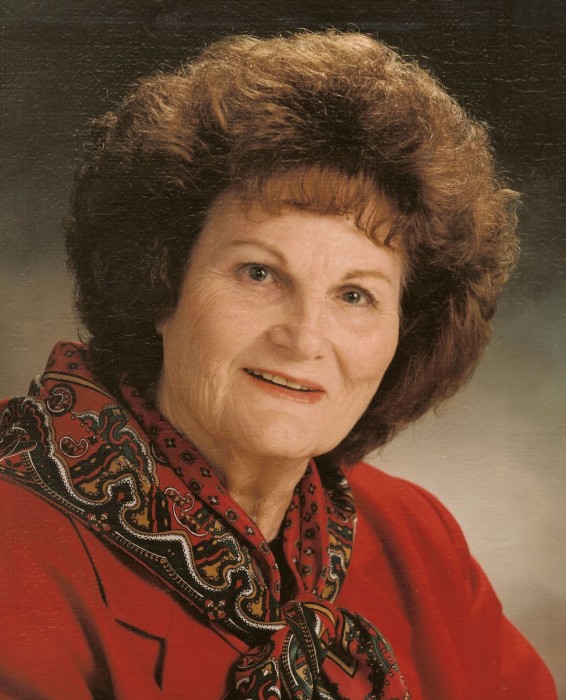 Anna Grace Abbott was born on September 26, 1926 in Monticello, Kentucky to Bonnie Marie Kennedy and Dockie Cullwell Abbott.  She was the third of five girls.  When she was six years old, her family moved to Indiana where she was raised.

Growing up, Grace had many adventures with her sisters.  Her sisters said Grace was the spunky sister.  They said she was the “little dickens” of the family.

Grace met Elwood in Oakland in 1945. Her family was living in Oakland for work during the war.  Grace and her sister Vela worked in a factory painting the decorative edge on the china used onboard naval ships.  Elwood, who was serving in the navy, was on liberty from his ship when he met Grace and her sisters on a bus going into downtown Oakland.

Grace and Woody married in 1947 in the Salt Lake Temple.  Grace and Woody had six children, Craig, Debra, Pamela, Brent, Kevin, and April.  Grace loved her children more than anything.  She was a fun and loving mother.

Grace served in many callings in the Church of Jesus Christ of Latter-day Saints. She was a faithful member all of her life and bore a strong testimony of the gospel. She always told her children to “put on the whole armor of God.”

She learned to do her own taxes and often did taxes for others. She grew up during the depression, so she was always very careful with money.  She learned to paint later in life and produced many beautiful works. She gave a painting to one of her children and people constantly asked if they could buy it.  She was a talented public speaker and taught her children how to write and speak.

She had a great sense of humor so she was great fun to be around.  She most loved to be with her family.

To order memorial trees or send flowers to the family in memory of Grace Pace, please visit our flower store.