Hand delivered by a local florist 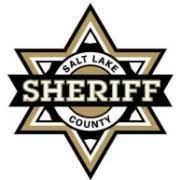 George was born on April 29,1929 in Salt Lake City and had definitive goals from an early age. Guided by passion and purpose, his dedication and drive led him to build a full life surrounded by family, friends, and colleagues.

George attended East High School where he was selected as a first-team All-State guard and tackle, which contributed to his lifelong enthusiasm for fitness and nutrition. He was an avid football fan throughout his life and continued to live an active lifestyle, walking up the mountain to the H rock until the week he died, attempting to jog part of the way. But his drive was more than just physical. George went on to graduate from the University of Utah with a Bachelor’s in Sociology, focusing on criminology, law enforcement, and police administration. He also attended the University of Utah Law School and held a certificate from the Graduate School of Social Work where he specialized in penology and correction. And in 1952 he served as a First Lieutenant in the 363rd Criminal Investigation Detachment of the U.S. Army Reserve.

In 1959 George began what would become a robust law enforcement career. First working for the Canyon Patrol, he quickly moved on to become a Classification Officer and social worker at the Utah State Prison. In 1962, at the age of 32, he became the first college-educated member to join Salt Lake County’s Sheriff’s Department. From the beginning, he had a love for the Sheriff’s Department, and many have shared that he was instrumental in making it the premier law enforcement agency in the region. He began this influence in his first position as the lieutenant and commander of the juvenile division. He had a tender spot for children who suffered from abuse and neglect and tirelessly advocated for them throughout his career. He would later create the United Sheriff’s Assisting Youth (SAY) program in 1973, which was the first program that put police officers in high schools, followed by junior highs.

After running the juvenile division, George became Chief Deputy. Then in 1966 after four years in the department at just 36 years old, he became the youngest Sheriff in the county's history. He served as Sheriff for two years, during which he initiated the implementation and completion of the Metropolitan Hall of Justice. He then became a captain and throughout the years served as Division Commander of several sectors, including the Jail, East and South Patrol, Professional Standards (gun range, Internal Affairs, and training), Tech Services, and Court Services. George retired in 2010 at 80 years old.

Throughout his career, George was involved with and headed some of the most high-profile criminal cases in Salt Lake County, including the Lance and Kelbach case in 1966, the Ted Bundy case in 1975, and the Mark Hacking case in 2004. He was also part of the security detail when John F. Kennedy and Richard Nixon visited Utah.

Highly respected and loved by those with whom he worked, George had a positive and memorable impact during his 49-year tenure at the Sheriff’s Department. One colleague shared, “There were several captains on the Sheriff’s Department but when they said ‘The Captain,’ they all knew they were referencing Juddy.” For his entire career, he kept his Sheriff’s jacket hung over a chair so when a neighbor or friend needed him, he was ready.

George was fiercely dedicated and loyal to his family, friends, and colleagues, leaving a lasting impression on those lucky enough to know him. He was a lifelong member of The Church of Jesus Christ of Latter-day Saints. He was a cowboy at heart; he loved his horses and his property in the mountains and never missed an opportunity to share this love with his family. He never missed a birthday call to a family member or friend, making sure to sing them Happy Birthday. He had a huge heart and touched so many lives and will be greatly missed by all who knew him.

Per George’s request, a funeral service was not held. Internment at Wasatch Lawn Cemetery took place on January 11, 2023.

To order memorial trees or send flowers to the family in memory of George "Juddy" Quincy Nielsen, Jr., please visit our flower store.