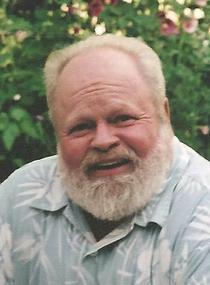 Our beloved father, brother, grandpa, great grandpa, cousin, uncle and friend, Gary Max Beesley, age 73, passed away peacefully April 7, 2016 at his home with his daughters by his side.  He was born June 29, 1942 in Salt Lake City, Utah to Max Clarence and Jean Draper Beesley, the second of six sons.  He graduated from Jordan High school and was a true Beetdigger.  He attended the University of Utah and Trade Technical School.  He worked at Edo Western Corporation in the development of submarine sonar for ten years.  He retired from the Granite School District after 37 years of service as a master electrician. He worked on 300 West in Salt Lake City for 47 years.

He was raised on Butler Hill in Cottonwood Heights, Utah in the shadow of the Wasatch Mountains that he loved.  He met his best friend and sweetheart, Vicky Rae Marriott, at Mount Jordan Junior High School.  They were married July 1, 1963 in the Salt Lake Temple.  Together they raised four daughters.  He had a great love of nature and the outdoors, which included camping, fishing, hunting and working in his beautiful yard.  He loved Native American history and art, airplanes, classic cars and trains.  He was a very talented artist and oil painter.  He loved his calling as a scoutmaster and influenced the lives of many young men for good.  He had a legendary sense of humor and always kept us laughing.  His greatest joy was his family and many dear friends. He leaves behind a cherished legacy of love, laughter, honesty, integrity and hard work.

He is survived by his daughters: Jill (Roger Kipp), Jereme, Alix and Ashley; his brothers Ron (Stephanie), Marc, Stuart and Justin.  He was a loving grandfather to Kelly, Matthew, Courtney, Dallas, Sydney, Austin and Trevor, as well as great grandfather to Riley. He was preceded in death by his wife Vicky after 42 years of marriage, his parents and his older brother Richard.

To order memorial trees or send flowers to the family in memory of Gary Beesley, please visit our flower store.