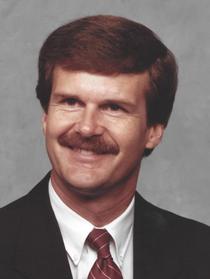 Frederick Raymond Wetzel—loving husband, father, and Papa—passed away in his Cottonwood Heights home on April 27, 2016, finally leaving behind his physical pain. Fred was born in March, 1943 in Glendale, California to Mayo Raymond Wetzel and Ruth Evelyn Bollinger.

Fred graduated from Highland High School in 1961 and soon after served an LDS mission in Helsinki, Finland. He received his Mechanical Engineering degree and a Masters of Engineering Administration degree from the University of Utah. He worked for Utah Power and Light for 36 years.

The greatest day of his life was August 1, 1974, when Fred married his sweetheart, Patrice Radford, in the Salt Lake LDS temple.

An avid skier, Fred loved to take his family snow skiing when there was fresh powder in the mountains. When he wasn’t hanging drywall at the Bear Lake cabin, he was towing family and friends behind his boat. There was nothing Fred couldn’t fix, nor anyone he wouldn’t help. Fred always loved a project with challenges.

Fred loved helping and serving others and served the Lord in many church callings over the years. He spoke fondly of the relationships he formed while serving on the high council and as the bishop of his home ward and of a singles ward.  He loved the time he spent with the Special Needs Mutual, and most recently enjoyed friendships he formed while working as a service missionary at the Murray Cannery and the Pasta Plant.

To order memorial trees or send flowers to the family in memory of Frederick Wetzel, please visit our flower store.