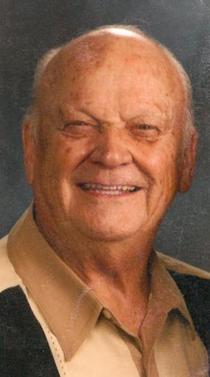 Beloved husband, father, grandfather and great grandfather departed on May 21,  2017.  Frank was born October 28, 1929 to Milton and Gertrude Passey in Ogden, Utah.  Right after graduating from high school he joined the US Navy to serve his country in the Korean war.  He served on the USS Princeton and was station in the Pacific.

After the service he returned to Utah where he met his sweetheart, Patsy Rae Ollis and they married on June 28, 1957 and spent every moment together for 60 years.  Dad was a hard worker and used his many talents to provide for his family.  He worked in the restaurant business most of his life and especially enjoyed his time as restaurant manager at Little America.  He never spoke an unkind word about another person and possessed a rare ability to make friends with everyone he met. Dad always believed that you should treat people the way you want to be treated.

Dad loved the Lord and everyone knew it.  He cherished the gospel and exemplified it by the way he lived.  Dad and Mom were called to serve a rewarding mission in the Sechelt, Canada in 1998.  They were loved and cherished by the people they served and even returned several times to the area.

Dad loved spending time with his family more than anything else and made every event memorable with his wit and healthy sense of humor.

To order memorial trees or send flowers to the family in memory of Frank Passey, please visit our flower store.