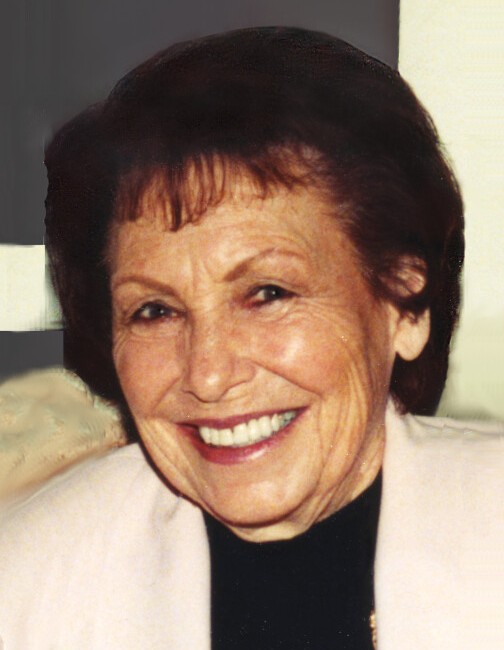 Fay M Gajkowski, age 94, peacefully passed away on September 5, 2021. Fay was born February 3, 1927, to William F. and Minnie Alice McKee in Vernal, Utah. The McKee family relocated to South Jordan, Utah where Fay and her 9 brothers and sisters attended Jordan High School. Fay went on to graduate with a commercial design degree from Woodbury University in Los Angeles, CA.

After graduation, Fay worked with commercial interior manufactures including Remington-Rand and Steelcase International. Fay later returned to Utah to work as the Design Director of Pembroke Office Furniture. Shortly thereafter, Fay met the love of her life Richard F. Gajkowski (Rick). They were sealed in the SL temple and shared an incredible relationship for 30 years until Rick’s passing in the early 1990s. Fay and Rick shared a wonderful love affair together while raising two sons – Rick and Mark. In the mid-70s the two of them purchased Salt Lake Desk and worked tirelessly to create one of the largest office furniture firms east of the Mississippi.  Years later and once again, together, they founded Corporate Design, which thrived until Rick’s passing.

During her life Fay was a faithful member of the Church of Jesus Christ of Latter-day Saints, serving in several positions including scouting, Primary, Young Women’s, and Relief Society. She additionally supported Rick in his 26 years as bishop and bishop’s counselor. They also served together as ward missionaries and temple workers. Her favorite roles were that of wife, mother and grandmother. Her family was her pride and joy and she served, nurtured, and raised them magnanimously.

The family will hold a gravesite service Saturday, September 11th at the Elysian Gardens Cemetery (1075 E 4580 S, Millcreek, UT) at 10:00 a.m. For those attending please bring a camp chair as seating will be limited.

To order memorial trees or send flowers to the family in memory of Fay Gajkowski, please visit our flower store.