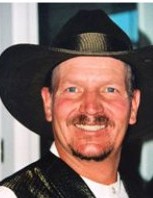 
Our loving Farron Kane Smith, 55, passed away surrounded by his family on the 19th of April,
2018.
He is survived by his “springflower”, Andrea, his children Brandi, Braxton, and Farrah, his
mother Barbara, and several of his siblings.
He is preceded in death by his son, Michael, his sister Toni, Brother-in-Law Cary, his nephew
Anthony, and several close friends, especially, Robert Caboose West.
Farron was a loving father, friend, and husband. He had a passion for the outdoors and spent
much of his time doing things he loved with his wife such as fishing, camping, hunting, and
exploring beautiful terrain on their side by side. He had a special talent in calling in Elk. Farron
had a great sense of humor and is going to be sorely missed by all those that came in contact
with him. He was a great paradigm for how to love selflessly and whole heartedly, we all are
forever changed by the light he brought to those around him.
A memorial service will be held on the 22nd of April at Flat Iron Mesa Park (8600 S 1750 E
Sandy, UT) starting at 4:00 pm. The family requests the absence of balloons and floral
arrangements.

To order memorial trees or send flowers to the family in memory of Farron Smith, please visit our flower store.