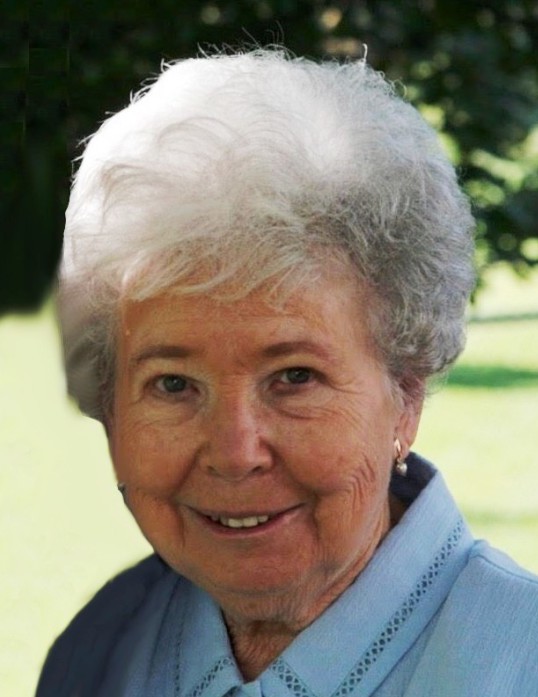 Earlene Foote Spencer was joyfully welcomed into this world by her parents Thomas Earl, and Meryl Snyder Foote as well as her adoring older brothers Dell, Elwood, and Paul Foote on June 11, 1930. She passed away quietly on September 16, 2019.

Earlene grew up on the east bench of Provo eventually moving to the “River Bottoms” where the family dairy farm resided. Work hard and play hard were instilled in Earlene at an early age beginning with farm chores requiring daily attention.  Once completed, a good game of fast pitch softball awaited Earlene who was described as a “Darn Good third baseman” by none other than her future husband.

Mom met Maitland Spencer during her senior year of high school.  They began dating frequently, with dancing every Friday night where Dad literally danced her off her feet.

Mom and Dad were married September 13, 1950 in the Salt Lake Temple becoming eternal sweethearts.  Mom supported Dad throughout his career whether she was helping out at his office, traveling with him, or cheerfully boating the lakes of Utah.

Mom and Dad settled their family in Cottonwood Heights in 1961 and raised their seven children there.  Mom was busy in the community supporting the PTA and serving as a 4-H leader teaching her children, as well as their friends how to cook, sew, and babysit. Mom served busily in the Butler 3rd ward as Relief Society President three times and Primary President twice. She was active in the Brighton Camp Daughters of Pioneers.

She additionally served with her husband in several callings: including a medical mission to the Brazil CTM, hosts at the Conference Center and Temple workers in the Salt Lake Temple. She was a lovely lady, a wonderful friend and a blessing to her family who love her dearly.

Mom dedicated her life to her husband and children.  As Maitland’s health began to fail, mom sat faithfully beside him tending to all his needs.  When he passed away on February 7, 2015, part of mom passed with him.  Mom was never the same. Facing loneliness and declining health, mom moved into her daughter Kathy’s home where she remained until she joined her eternal companion once again.

Mom leaves behind her children, Steven (Lorene), David (Lori), Kathy (Bob), Lynn (Pamela), Rick (Suzanne), Julie (Rick) and Michael (Tara) as well as 31 grandchildren, and 28 great-grandchildren. She is preceded in death by her Eternal Companion and best friend Maitland, one great grandson (Keelan Pond) her parents, and brothers who are joyously teasing her once again.

We are saddened by her passing, but grateful she is once again with Maitland.

To order memorial trees or send flowers to the family in memory of Earlene Spencer, please visit our flower store.