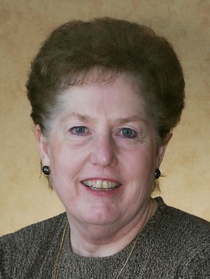 Earlene was a strong woman who faced many difficulties including losing her husband, Andrew, at a young age and raising 6 children by herself.  She worked as a receptionist, served in many LDS church callings including Relief Society President, Primary President, teacher, Homemaking Leader, and enjoyed being a docent at This is the Place Heritage Park.  Earlene was creative and enjoyed crafts, shopping, gardening, and spending time with her family.  She was an independent strong woman who endured much and touched many lives.

As Earlene succumbed to dementia, the mom we knew was replaced in recent years with a content, sweet, and smiling woman who fought valiantly to remain with us.  She astounded all of us with her enduring strength and exceeded all expectations of family and care givers.  We love the mom who raised us and the mom who stayed with us these past years.  We’ll miss them both.

After 5 years on hospice words are not adequate to thank the many caretakers and volunteers who treated Earlene with kindness and compassion.  We are especially grateful for the care provided by CNS Hospice.

She is proceeded in death by her husband Andrew N. Leavitt, her parents Earl Elder and Elaine Newman Ault, and her brother Brent Ault.

To order memorial trees or send flowers to the family in memory of Earlene Leavitt, please visit our flower store.