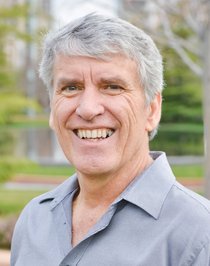 Our loving husband, father, son, brother, bishop, and friend, Douglas Martin Larsen (54), returned home to his Father in Heaven on April 3, 2016.  Everyone who met him knew that he triumphed over cancer by the way he lived his life.  When asked how he was his answer was always “Great”!  Doug epitomized the quote from Stuart Scott that states, “When you die, it does not mean you lose to cancer.  You beat cancer by how you live, why you live and in the manner in which you live.”

Doug had a passion for life and a heart full of love.  He found joy in helping others and touched many lives.  He truly left people better than he found them.

Doug was born on September 28, 1961 to Patricia and James Larsen in Salt Lake City, Utah.   After graduating from West High School he served as a missionary for The Church of Jesus Christ of Latter Day Saints in Brisbane, Australia.    He married Diane Labrum for all eternity on January 12, 1984 in the Salt Lake Temple and was blessed with four wonderful children.  His family meant everything to him and he would do anything for them.  He is survived by his parents Patricia and James, his sisters Gaylyn, Deborah (Randy) Stebbing, Michelle, his brother Jeffrey (Anne), his wife Diane, and his children Jessica, Melissa (Camron) Noel, Bradley (Shelby) and Tyler (Rebekah).

In lieu of flowers please donate to the Huntsman Cancer Institute, http://healthcare.utah.edu/huntsmancancerinstitute/giving/huntsman-cancer-foundation/donate-online.php .

To order memorial trees or send flowers to the family in memory of Douglas Larsen, please visit our flower store.