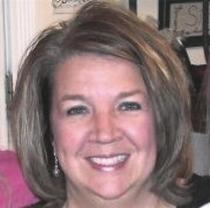 Our beloved Donna Judson Huber, 52, of West Jordan, Utah, returned to her Father in Heaven on May 27, 2016.  Donna was born in Corpus Christi, Texas on March 31, 1964 to Donavon C. Judson and Betty LaJeane Judson.   As a youth she enjoyed 4-H barrel racing and pep squad and then graduated from Calallen High School.  She attended Rick’s College and worked many years at Nordstrom’s and Castleton’s, making dear friends wherever she went.

Donna was an active member of The Church of Jesus Christ of Latter-day Saints.  She served diligently in many callings within the Relief Society, Primary, Young Women and Cub Scout organizations.  Her selfless nature and love of people was given freely to everyone she met, including many youth whom she was a second mother to.  She was a devoted wife, mother and friend who took great joy in making her house a home and fiercely supporting all those she loved in all they did.

Donna is survived by many, including her husband, Chris; her children, McKay, Madalyn, McKenna and Mitchell; her mother, Betty Judson; three sisters, Kathleen (Michael) Clarkson, Shirley Campbell and Lori Judson as well as many other loved ones.

To order memorial trees or send flowers to the family in memory of Donna Huber, please visit our flower store.