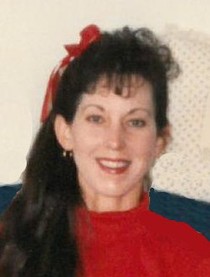 Deborah Ann Orgill was born August 4, 1955 to Constance Doreen Alsop and Howard William Spaletta in Reno, Nevada. She died March 29, 2017 at her home from end stage chronic lymphocytic leukemia. She was first diagnosed in 1997. This disease and Debbie quietly lived together until December 2014, when she started knocking on heaven’s door.

“I spent my formative years in Sacramento with my 2 brothers, Bill and Jim. I realize now how truly lucky I was to have a childhood filled with swimming, water skiing, camping, precious time spent with grandparents, Maurie and Lyd Alsop along the California coast. My grandmother, Lydia taught me to drive in a 1947 Willy’s Jeep on the dirt roads and steep grades to the mountain passes near Big Sur.

I finished high school and received an associate degree in Nursing in 1977 from LCSC, Lewiston, ID. For the next 35 years I practiced nursing in Idaho, and Salt Lake Valley, where I moved to 1980. I married Bruce Auger in 1983, later divorced. I met my love, Jon Paul Orgill in 1993 and we were married March 14, 2002. My life was forever changed by his death in 2011.

I am survived by my two gentle brothers, William (Debi) Yakima, WA, and James (Julenne) Rigby, ID. Also by eight nieces and nephews and their spouses and children, all who are the lights of my life as well as my stepson, Kyle Orgill. My great title is that of Aunt Debbie.

My family, friends, and neighbors have held me tenderly together these last 2 years. Roxie (Russ) Barringer, my best friend and surrogate sister has flown from Phoenix to SLC to help care for me ever y 2-4 weeks since Dec 2014. Patty (Cliff) Morse, Oak Park, IL, my spirit sister, has been my letter writing friend for forty years. My dear friends Brian McFarland (SLC) and Judy Duncombe (Moab) have been there for me so very many times. There are a host of others to be thanked – if I don’t mention each of you by name, it doesn’t mean you’re now any less important to me.

There are many things I have enjoyed on this earth, a few of them are: relationship with God, my dear ones, animals/pets and wild, family antiques, the ocean, quiet, soft fabric, swimming, to laugh, Wasatch Mountains., See’s candy, long hair, letters and people’s stories.”

Graveside services will be held Saturday, April 8 2017, 1 p.m. at Mountain View Memorial Estates Cemetery, 3115 East 7800 South. Family and friends are encouraged to visit her home afterward to join in on the celebration of life for Debbie.

To order memorial trees or send flowers to the family in memory of Deborah Orgill, please visit our flower store.