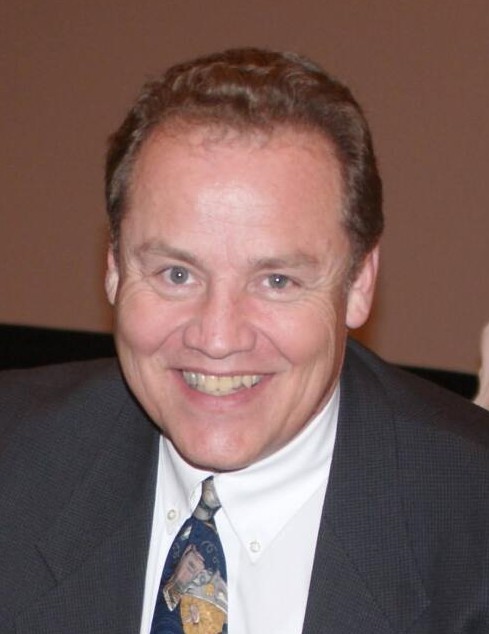 David James Mortimer excitedly returned to his Heavenly Father and reunited with his beloved parents on October 17, 2020, after a brief battle with pancreatic cancer.

Born November 21, 1959, in Salt Lake City to Wm. James (Jim) and Paula Ann Deline Mortimer, Dave’s reputation as a fun-loving, “merry prankster” developed quickly. Nevertheless, he adored his family and relished the opportunity to be a brother, making many happy memories on both far-flung family trips and summers close to home with his grandparents in Logan.

Dave graduated from Brighton High School in 1978. From January 1979 to January 1981, he served in the France Paris Mission of The Church of Jesus Christ of Latter-day Saints. Dave cherished his time in Paris and remained a Francophile throughout his life, maintaining a command of the language.

An athlete for much of his life, Dave passed on his love of sports to his children and grandchildren. It was not uncommon to see Dave pitching in corporate softball tournaments, hitting the links with potential clients, coaching his kids’ sports teams, taking on all comers in church basketball, or simply throwing the football in the front yard. He also treasured time in nature, particularly Brighton and Daniels Summit, both with his family and as a Scout/Young Men’s leader.

Throughout his life, Dave had a natural gift for making an instant connection with people, which served him well in his career in sales. He also delighted in being around children as a father, grandfather, and “Big Uncle Dave.” Even in his final days, Dave consistently brought smiles and laughter to his caregivers' faces. His family expresses its gratitude to his medical team at Intermountain Medical Center in Murray and Tender Care Hospice for the way they assisted Dave at the end of his mortal journey.

Dave was preceded in death by his parents and his eldest brother, Jeff. He is survived by his brothers Greg (Rebeca), Brad, and Jimmy (Libby); his sisters Judy Hut (John) and Jennie Burt (Steve); the mother of his children, Shelley Kay Ferguson Mortimer; his children David “Sparky” (Holly), Daniel (Alyssa), and Ashley VanYperen (Morgan); and his five grandchildren: Austin, Olivia, Ellie, Clark, and James.

A private funeral service for family will be held Saturday, October 24, at 10 a.m. at Cannon Mortuary, 2460 E. Bengal Blvd. (7600 S.), with a public viewing taking place one hour prior at the same location. Later that day, David will be interred at Memorial Mountain View Cemetery in Cottonwood Heights.

To order memorial trees or send flowers to the family in memory of David Mortimer, please visit our flower store.