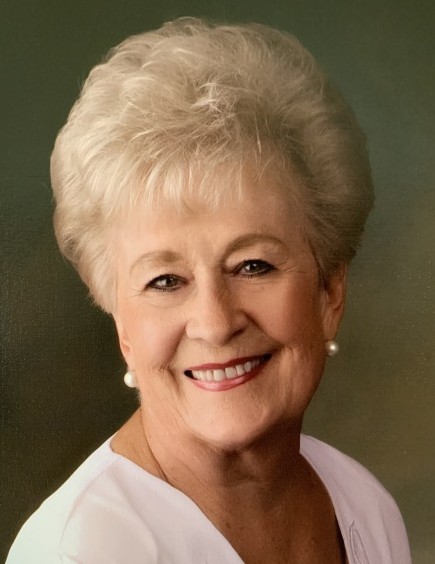 Our incredible and loving mother, grandmother, sister, wife and friend, passed away peacefully in her home on August 7, 2020.  Born September 29, 1930 to Erika Bienert and Marriner Hendricks Merrill in Salt Lake City, Utah.

The New York Times would not be a big enough newspaper to truly tell the story of this remarkable woman. How can one summarize a life so filled with love and joy as the life she has lived. Darleen passed away just a few weeks shy of her 90th birthday.

It has been said by many people throughout her life that Darleen was simply a force of nature. There is the sun, wind, fire, the tide, and Darleen. Anyone who knows her and reads this, is chuckling to themselves and nodding right now. It’s just so true. There was nothing this woman couldn’t accomplish, and no one could ever figure out where in the world she got all the energy to do it.

Darleen joined the Tabernacle choir on Temple Square when she was 18 years old, and other than taking a few months off here and there when she had her six babies, she was in the choir for a total of 32 performing years. She was an incredible alto, and performed many solos with the choir over the years. To show how much she was needed in the choir, there was supposed to be a 20 year time limit on choir members service, but they just couldn’t let her go.

In addition to singing with the choir every Thursday night and Sunday morning, and touring all over the world with the choir, she also started singing opera under the direction of Glade Petersen, the founder of the Utah Opera Company. Darleen started singing operettas such as ‘Amahl and the Night Visitors’, and then performed in an opera in the schools program, which brought opera to school children all over the state of Utah. After the Utah Opera Company was well established and performing regular operas, Darleen could often be found singing the supporting lead, mezzo soprano role for several years until she decided to take a bit of a backseat role to the operatic performing community, and accepted a position as the assistant to Glade Peterson in the opera office, where she more or less helped Glade run the organization until she retired from the Utah Opera Company in 1995.

After the opera, and at the age of 65, she began a new career in real estate, and became very successful. She quickly became known in the industry as the ‘Condo Queen’. During this time, she also started acting in several Hale Center Theater productions in comedic roles, which was right up her alley. Darleen was a hoot, and people loved being around her to be entertained, and to be loved.

In 2000, she paused her illustrious realtor career and served a two year performing mission at the church sites in historic Nauvoo, IL. While there, she had the opportunity to sing in the soon-to-be dedicated Nauvoo Temple, becoming the first person to sing a solo in the new Nauvoo Temple, an honor she held dear to her heart.

In 2012, Darleen packed up her 82 years of living in Utah, and moved with her daughter and family, to a farm in North Carolina. Any of her friends and family reading this will be shaking their heads in wonderment because she hated living on a farm! It was not love of farming that took her to NC, it was her love of her family.

Right before she moved to NC, she was set up on a blind date with a wonderful man who would eventually steal her heart, and move her back to Utah only two years later. Ken Dailey was her prince charming, knight in shining armor, and partner in everything she loved, especially in all things musical. They fit seamlessly into each other’s lives. She quickly won the hearts of Ken’s children and grandchildren, and loved them all dearly. Darleen‘s friends and family ended up loving Ken as well. Almost every person who Darleen would introduce to her new husband would look him in the eye and tell him “You had better be good to that amazing woman!” and he was. Ken was a constant and loving companion to Dar, right up to her taking her last breath here on earth, and taking her first step towards the next exciting phase of her life.

One might think that the extremely full life described above couldn’t possibly include a family, but Darleen was also a devoted and loving wife, mother and grandmother. Darleen married John Edward Merrihew on September 29, 1949, (later divorced). During their marriage they lived on a farm and had a mink ranch, as well as a grocery store attached to their home that was well known as ‘The Farmer’. Every year Darleen would open the store in the spring and work from 9 AM to 9 PM, six days a week until October 31, when it would close for the season. Each night at 9:00 PM, she would come back into the house to make dinner for her family. Then, after getting everyone in bed, she’d spend several nights each week home canning and ‘putting up’ fruit, vegetables, pickles galore, juice and all kinds of jams. Darleen and John had six beautiful children who all grew up on the farm and worked on it alongside their parents.

Darleen had 18 grandchildren and 20 great grandchildren, and she loved them all so very much! She helped to raise her grandson, Casey, and was very much a mother to him as well. Thanksgiving and Christmas at Gramma’s house were always big happy and boisterous family affairs, and we always had so much fun together. We sure miss those happy and simpler times. She was an incredible example to all of us on how to truly love everyone unconditionally and fully. She was always so gracious and grateful for everyone and everything she had in her life and always told us how grateful she was for anything we ever did for her.

Darleen had so many qualities that endeared her to so many people in all walks of life. She had incredible resilience and kept her head held high, her faith intact, and her heart open and giving through more tragedies than anyone should ever have to endure, the heaviest of all, burying three of her precious children. She always had a smile, never seemed to have an ‘off’ day, and never complained about anything in her life.

The most important thing she taught everyone with whom she came in contact was just to love with all your heart, forgive quickly, never let petty grievances affect your relationships, and again... just to love. Darleen was love, personified, and to know her was to have been loved by her. Those she left behind love to imagine the reunion in heaven between Darleen and her children, parents, siblings, and friends. We think that the receiving line must have lasted for several days, and was filled with cheers, laughter, joy and many, many hugs.

A graveside service will be held at Mountain View Memorial Estates, 3115 Bengal Blvd in Cottonwood Heights, Utah, on Wednesday, August 12 at 10:00 AM. All are welcome, however due to Covid, guests must stand or bring their own folding chairs to enjoy the service. Condolences, stories and thoughts are welcomed, and can be left for the family at Legacy.com

To order memorial trees or send flowers to the family in memory of Darleen Dailey, please visit our flower store.