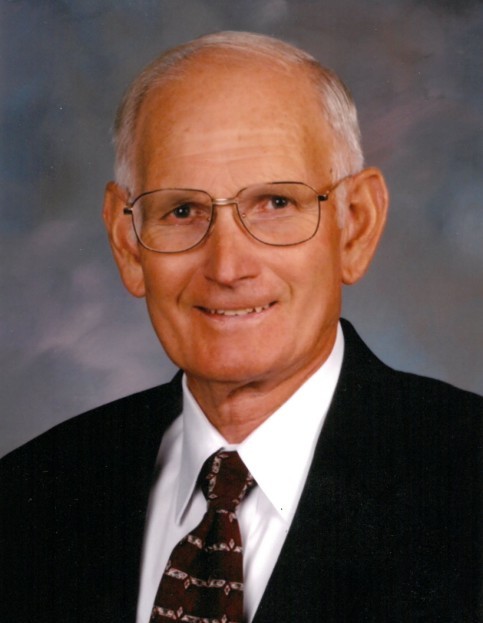 Conrad Grant Maxfield passed from this life peacefully at his home on June 19, 2019, after enduring cancer for several years.

He was the oldest of six children born to Mary and Grant Maxfield.  He grew up in the East Millcreek area and attended Granite High School.  Many friendships established during these years continued throughout his life.  In fact, he met his wife, Kathleen, as each played an instrument in the Olympus Junior High School orchestra.

After serving his first mission, in the West Central States Mission for The Church of Jesus Christ of Latter-day Saints, he and Kathleen were married in the Salt Lake Temple in 1953.  Together they raised a large family of five sons and four daughters.

Con was a hard worker and took the responsibility of providing for his family seriously.  He started several businesses: trucking, hauling building materials and grains, selling office furniture, and ranching.  In 1988, he was elected to serve as a State Representative in the Utah State Legislature for a term.

He was a devoted member of The Church of Jesus Christ of Latter-day Saints offering his service in many callings.  After his first mission, in the West Central States Mission, he then served as Bishop of the Butler 16thWard and later served thirteen years in the Church auditing department.  When their children were grown, Con and Kathe served as missionaries in the West Indies Mission and later in the West Virginia Charleston Mission.  They later served 18 months at the Wentworth Assisted Living Center offering support to its residents. No call to serve in the church was considered insignificant to him; he served whenever and wherever called. Con was very generous and often found opportunities to serve or help others anonymously.

One of his hobbies was studying the scriptures and comparing them to Meso-American history.  As a result of his studies and research, he made several trips to Central and South America exploring the ruins located there.

He loved the outdoors and much of family lore revolves around memories of trips shared with him: hiking, boating, exploring mountains and deserts (especially of Utah) as well as the jungles of Central and South America plus Alaska, Hawaii, and Europe.  He always looked forward to his next adventure with his children, his brothers, extended family, neighbors, ward members, and associates.  He was awed by God’s creations and beauties of the earth.  He will be missed.

To order memorial trees or send flowers to the family in memory of Conrad Maxfield, please visit our flower store.