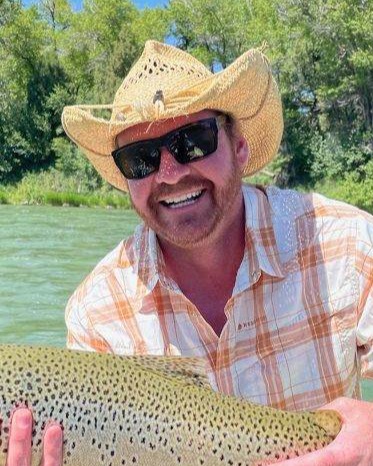 Cody Dee Osborne, son of Kyleen Sorensen and Kerry Eugene Osborne, was born July 12, 1983 in Twin Falls, Idaho and passed away in Salt Lake City, Utah on Monday, December 26, 2022. He was 39 years old.

Cody was always a sweet and tender-hearted boy, easy to be around and happy. His childhood was forever changed with the untimely death of his older brother, Kris. Cody struggled with high school but worked hard to catch up and graduate with his class in 2001. He was a painter by trade and an artist at heart. He once commented about a home painting job he had spent two weeks carefully prepping for, that it was his Picasso. Cody was a conscientious and thoughtful worker who always tried to stay a step or two ahead of the people he worked with. He enjoyed activities that took him outside: fishing with his father, rock climbing, and flying his drones in the mountains.

He was a collector of knives, ornamental lanterns, baseball caps, movies, and recipes. He loved to cook for other people. He was a fan of the sitcom, Seinfeld, and he loved tinkering on his drones and remote control vehicles to later show his nieces and nephews how high or fast they could go.

Cody died peacefully, surrounded by those that loved him most, his parents, his brothers, and other family members. He is now at rest, surrounded again by those who have gone before, his physical and emotional suffering ended. His family wishes to express sincere gratitude for the prayers and acts of service, the kind words and so many expressions of love shared. We are so thankful for the years Cody blessed and enriched our lives and forever thankful for our Savior, who gave his life that all might live again.

To order memorial trees or send flowers to the family in memory of Cody Dee Osborne, please visit our flower store.