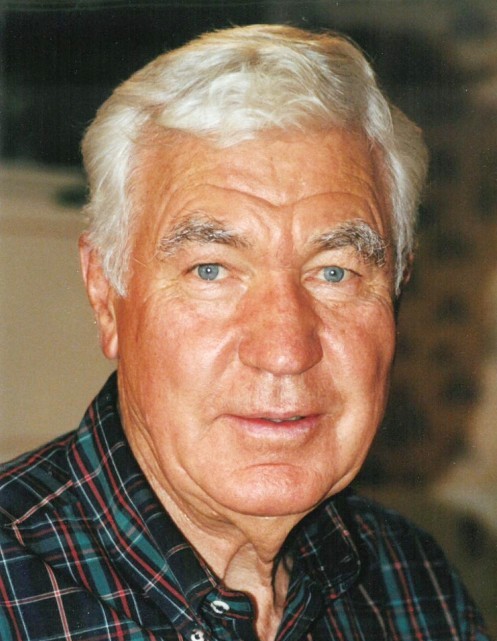 Clair Benson Empey, passed away July 30, 2018.  Clair was born March 25, 1925 in Parowan, Utah to Clifford and Mary Belle Benson Empey.  He was extremely proud of his pioneer ancestors: William Adam Empey, Commodore Perry Liston, Phillip Klingensmith and John Benson and their families who were prominent members of the LDS Church and early settlers in St. George, Escalante, Cedar City and Parowan.

When he was eight years old, his family moved to Salt Lake City during the Great Depression for better economic and educational opportunities.  All five children graduated from South High and four from college.  His older brothers, Harry and Claudell, were outstanding athletes at South and at the University of Utah.  Clair later became an accomplished athlete in both football and basketball, while attending Provo and later South High.  He graduated from South in 1943 then enlisted in the Naval Air Corps.  He was commissioned an Ensign in October 1945 at Corpus Christi, Texas.  When Japan surrendered he was honorably discharged and returned to Utah to further his education at the University of Utah where he played basketball.  He graduated from the U of U with a degree in Secondary Education in June of 1948.  Clair was a Special Agent for the FBI from 1952 to 1980.

Clair married Wanda Miller on September 9, 1946 in the Salt Lake Temple.  They were later divorced.  They were the proud parents of seven children.  He married Lindy Montgomery on September 10, 1976.  They were later sealed in the Salt Lake Temple.  As an active member in the LDS Church he served in many capacities: Scout Master, Young Men’s President, Branch President Counselor and High Priest Group Leader.  He and Lindy were missionaries in Fort Lauderdale, Florida in 1988-89.  They also served as Locator Missionaries for eight and a half years in Salt Lake City.

To order memorial trees or send flowers to the family in memory of Clair Empey, please visit our flower store.